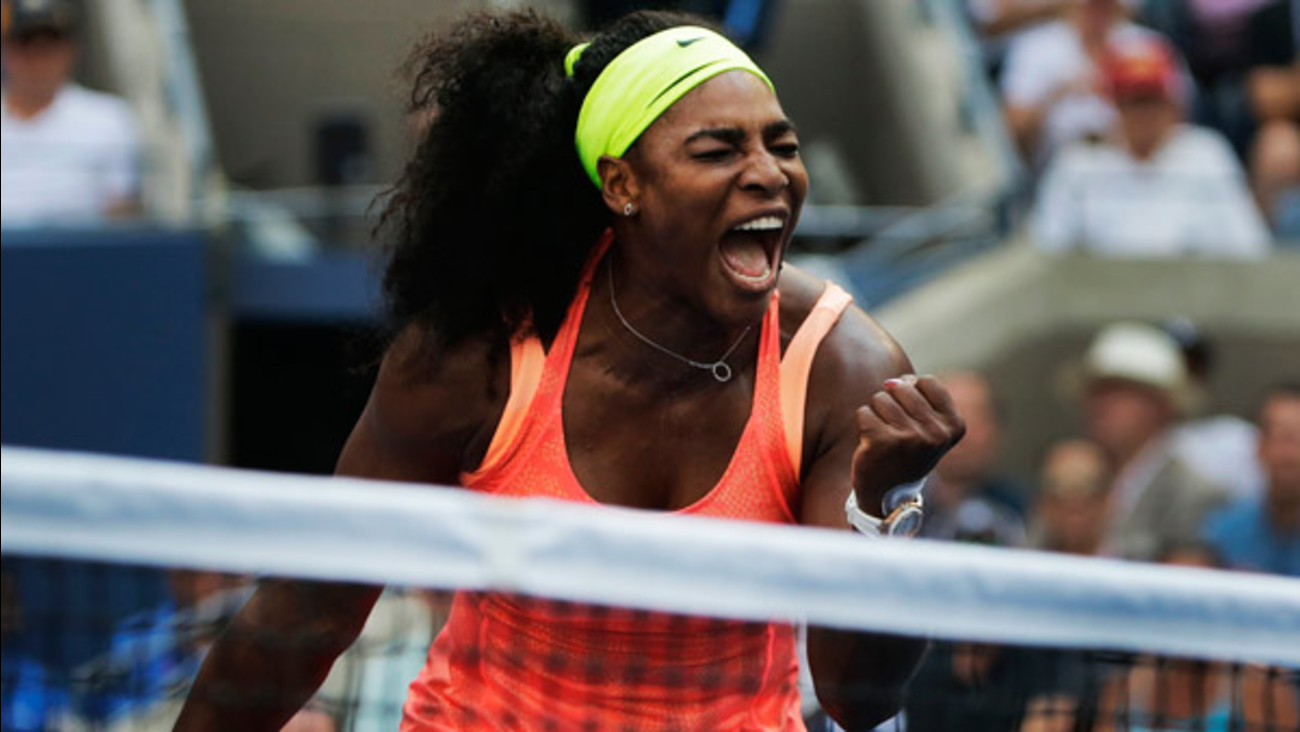 Serena Williams reacts after winning a point against Kiki Bertens, of the Netherlands, during the second round of the U.S. Open tennis tournament, Wednesday, Sept. 2, 2015, in New (AP Photo/Charles Krupa)

There's a new superhero in town and it's the tennis superstar herself.

On social media Wednesday, Serena wrote about an incident she had with a man who she alleges tried to steal her cellphone.

While dining with a friend at a restaurant Tuesday night, she says a man was standing right next to her for a long time. She decided to watch him.

"My phone was sitting in the chair but I just didn't feel right. He was there too long. 'Is he a customer?' I thought 'Is he waiting on the bathroom?' Nonetheless I tried to shake this eerie feeling," Serena wrote.

But even with an eye on him, Williams says the man grabbed her phone.

Needless to say, the 2015 Wimbledon Champion did not let the villain get too far away.

"I jumped up, weaved my way in and out of the cozy restaurant (leaping over a chair or two) and chased him down. He began to run but I was too fast. (Those sprints came in handy) I was upon him in a flash! " she wrote.

After catching up to the alleged thief, she calmly, yet menacingly asked him if he "accidentally" took the wrong phone.

"He stumbled on his words probably not expecting this to happen. While he was thinking of the right thing to say and eventually he said 'Gosh you know what I did! It was so confusing in there. I must have grabbed the wrong phone,'" Serena wrote.

At this time, her friend was Facetiming her phone to prove that it was really hers the alleged thief took.

"I swiftly thanked him and left," Serena wrote.

After returning to the restaurant with her phone, she received a standing ovation.

Serena ended her post with a message for all fellow superheroes:

"Always listen to your superhero inner voice. Always keep your things close! Fight for what's right. Stand for what you believe in! Be a superhero!

When I got back into the restaurant I received a standing ovation. I was proud. I just showed every man in there I can stand up to bully's and other men. It was a win for the ladies!

Just because you are a lady don't be afraid to step up to any challenge and not be a victim but a hero!"

Perhaps there's a new career in her future as a superhero movie star - SuperRena, maybe?