San Francisco cracks down and ramps up against smash-and-grabs 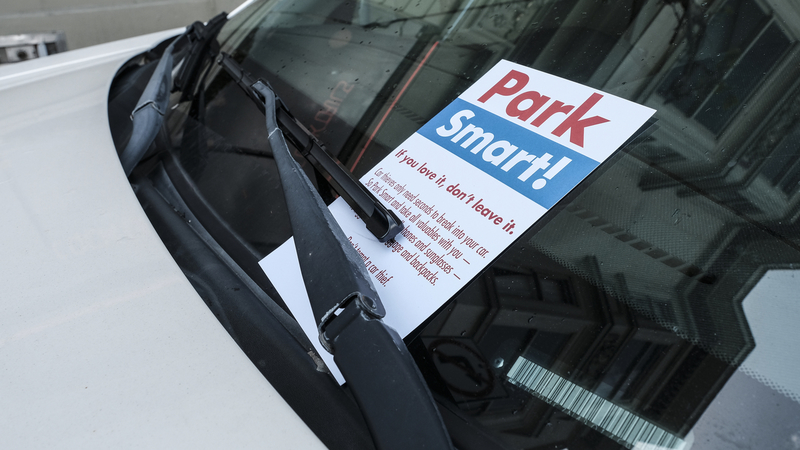 San Francisco cracks down and ramps up against smash and grabs

SAN FRANCISCO (KGO) -- There are diamonds in the streets of San Francisco -- trickles of them, sometimes rivers, and they're not your best friend. If they came from your windshield. they're your worst instead.

"The status quo on our streets is not acceptable," said San Francisco Mayor Mark Farrell Thursday morning. He served as the leading man with a supporting cast of San Francisco police as they stood in Fisherman's Wharf to announce a crackdown against automobile break-ins.

"My car was broken into," said the mayor. "This gets personal very quick for a lot of people."

Personal times 30,000 instances per year, as logged by the San Francisco Police Department.

Do the math, and it pencils to 82 break-ins per day. Fisherman's Wharf, Lombard Street, and the Palace of Fine Arts rank highest among target-rich environments.

"Looks like a nice area. Wouldn't expect it," said Brad Roach, a tourist from Sydney, Australia.

You will see red, white and blue signs on buses, streets, even in rental cars, and printed in at least four different languages. SFPD Commander David Lazar thought up the slogan, hoping to knock down supply and demand. "We leave our cars empty, we educate, we will send a message that this city is not the place to do it."

Meantime, across the street in the Buena Vista Café, visitors looked up from their libations to see all the cameras, the mayor, the fingerprint demonstration, plus the warning signs, and began to inventory what exactly they might have left in their parked cars.

They’re handing out these. Should give them out to every tourist arriving in San Francisco. #abc7now pic.twitter.com/FZJ6UA2Mg4

"Tents, sleeping bags, clothes, computers, everything," said Jillie Johnston as she sat with a group of friends.

Lose those and not even a world famous Irish Coffee, or two, won't help.

Click here for more stories, photos and video on car break-ins and what measures are being taken to lessen them.

So, are there multi-lingual versions? There will be. Languages TBA. #abc7now pic.twitter.com/81pliNx9vW

When the acting mayor of a city admits that he, too, has been the victim of an auto break-in, then San Francisco, we have a problem. #abc7now @sfpd pic.twitter.com/itu1Iuvjyw

We found broken glass on every street where we looked, today. #abc7now @sfpd pic.twitter.com/3oEGmMUbt5