Officials with the San Francisco Fire Department and the Port of San Francisco gave details on the investigation and cleaning operations to determine the cause of the massive Pier 45 fire.

SAN FRANCISCO (KGO) -- The massive fire on Pier 45 on Fisherman's Wharf on Saturday is still under investigation and firefighters are continuing to monitor the area for hot spots and flare ups, officials say.

On Tuesday, officials with the San Francisco Fire Department and the Port of San Francisco provided an update on the 4-alarm fire, giving more detail as to what was inside the warehouse that burned down.

SFFD Lieutenant Jonathan Baxter said there is no timeline or deadline for the investigation because it is a "tedious and scientific process " to delayer materials in order to figure out the origin of the fire.

The SFFD says the fire was burning above and below the historic pier, made of concrete and wood, built in 1926. The pier is split up into different sheds. Shed A, B, and D were spared in the fire. Shed C was most impacted and is still considered an active fire scene. The shed included office spaces for the Red and White fleet and storage areas for the SS Jeremiah O'Brien ship and a fishing storage area for 30 tenants.

The historic SS Jeremiah O'Brien ship was spared in the fire and will be towed to Pier 35 Tuesday afternoon.

Dozens of crab fishermen lost millions of dollars worth of gear in the fire.

Maharry's expensive crab traps, mostly handmade were stacked to the ceiling inside the Pier 45 warehouse along with hundreds of others - Now a total loss after Saturday's four-alarm fire ripped through.

Collins is president of San Francisco's Community Fishing Association. He puts losses at $4 to $5 million dollars. It could put the 2020 crab season, which starts in November, in jeopardy.

"It's a terrible tragedy, we're going to need the support from community, the Port and everything," Collins added.

Officials say that through preliminary search, there is no indication that anyone was in the warehouse during the fire.

Watch the full briefing on the Pier 45 fire below: 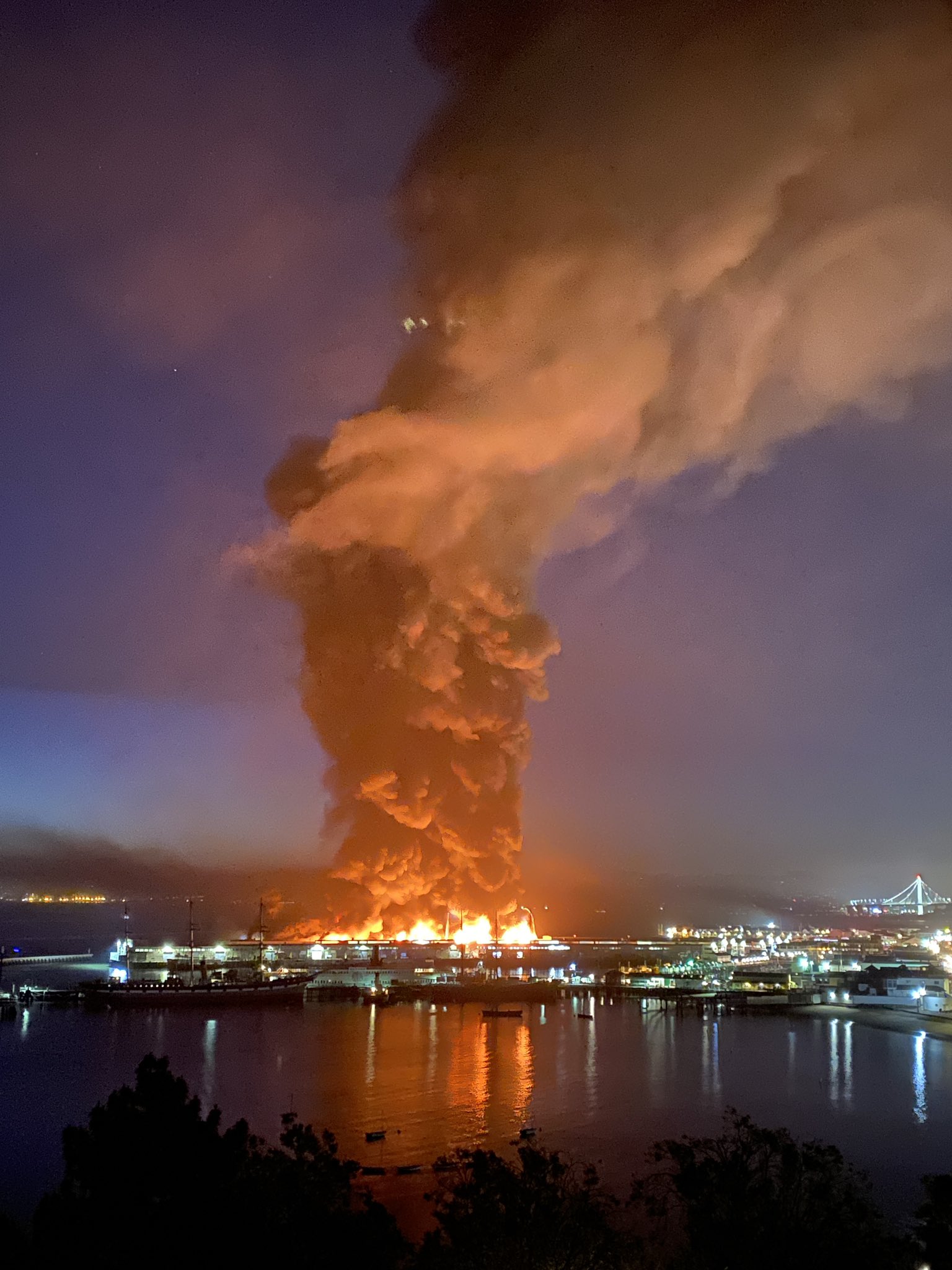 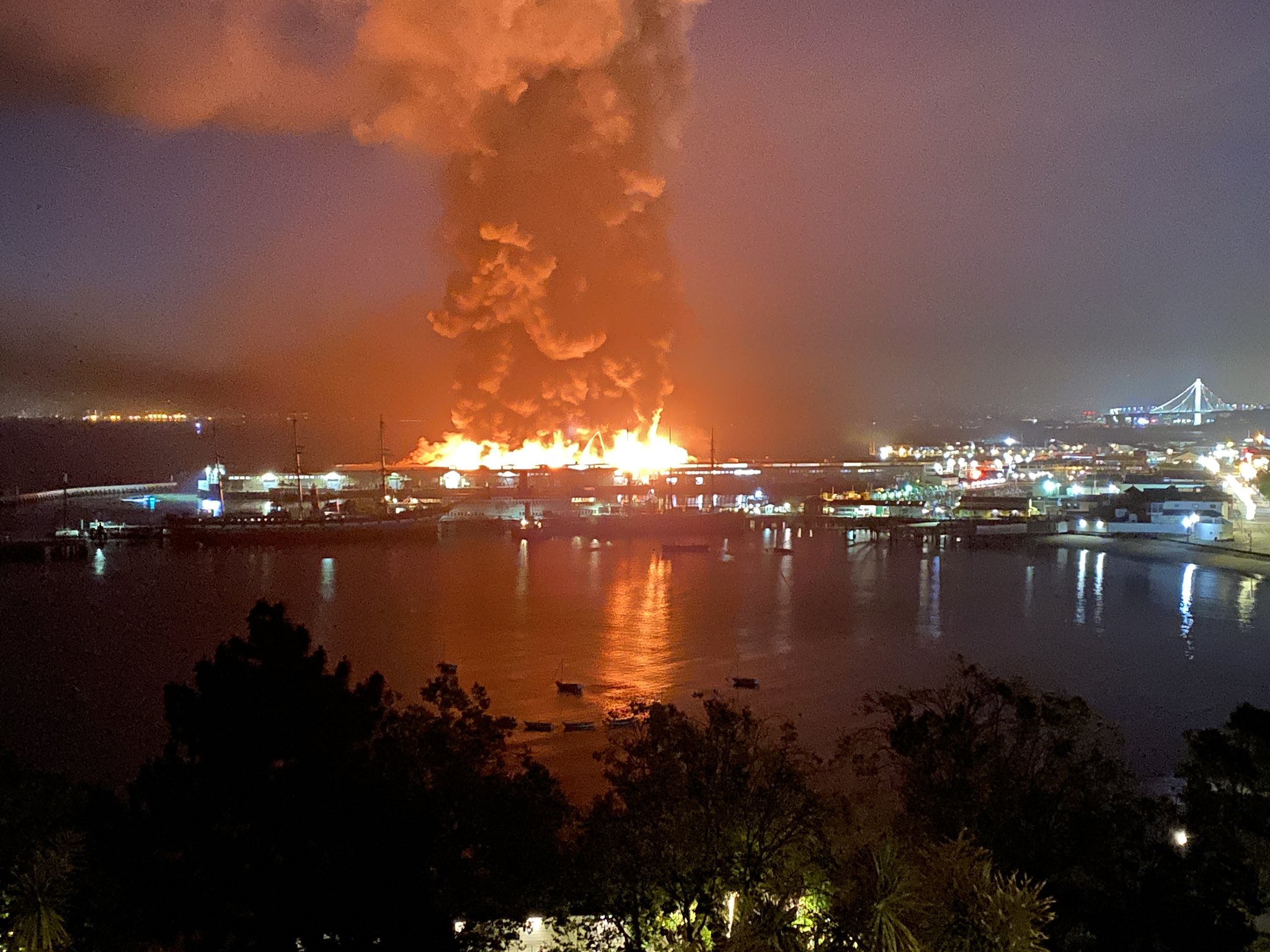 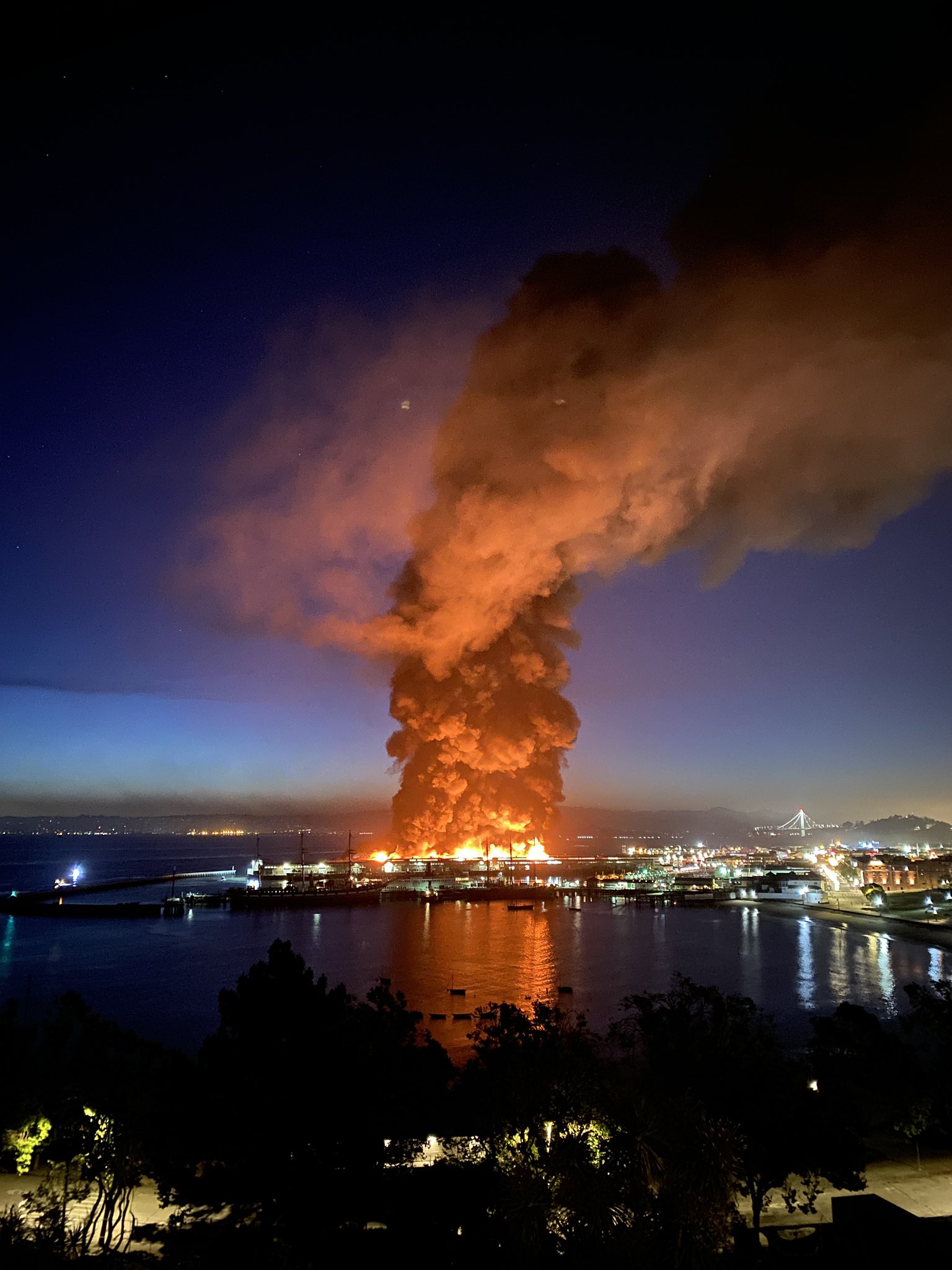 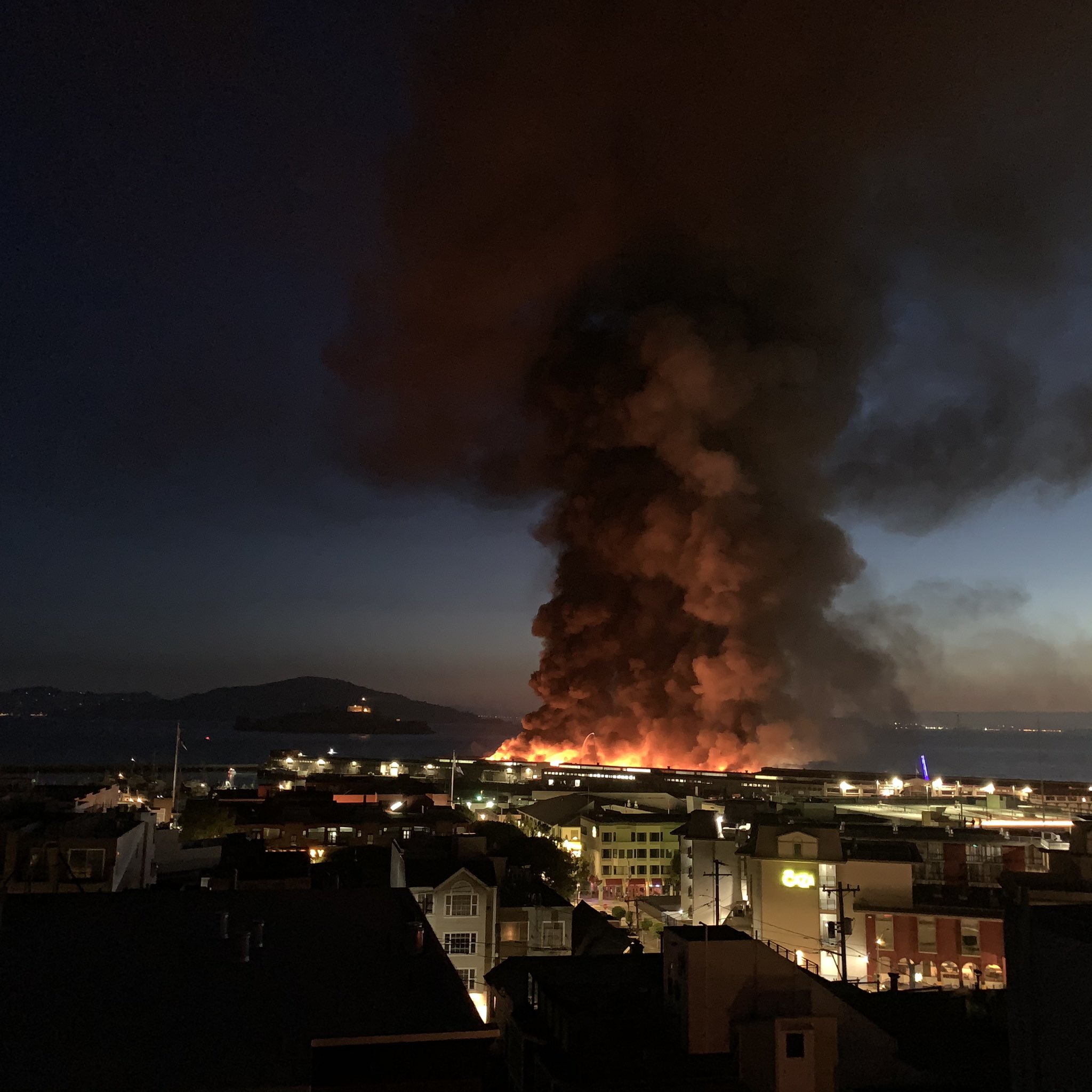 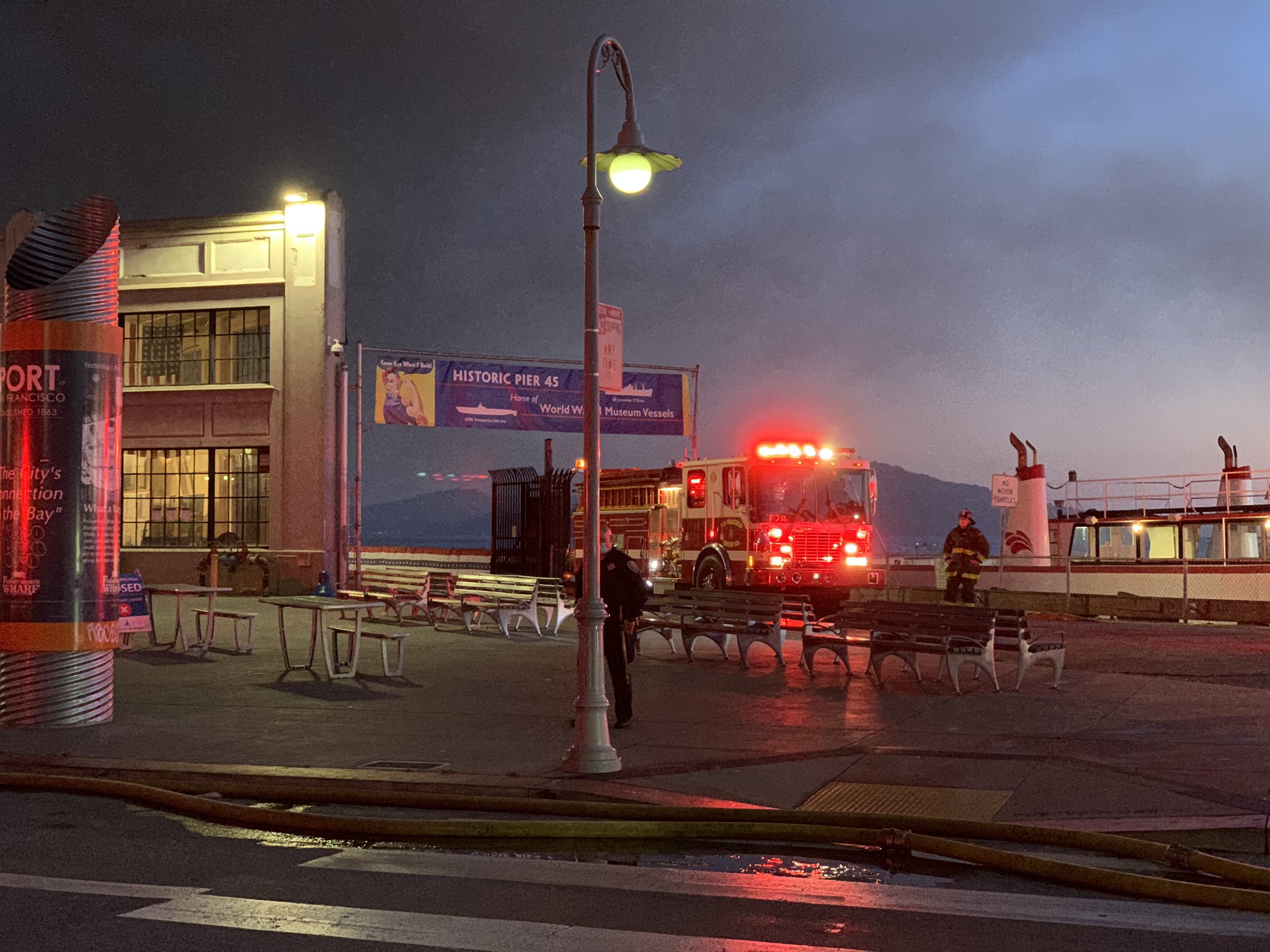 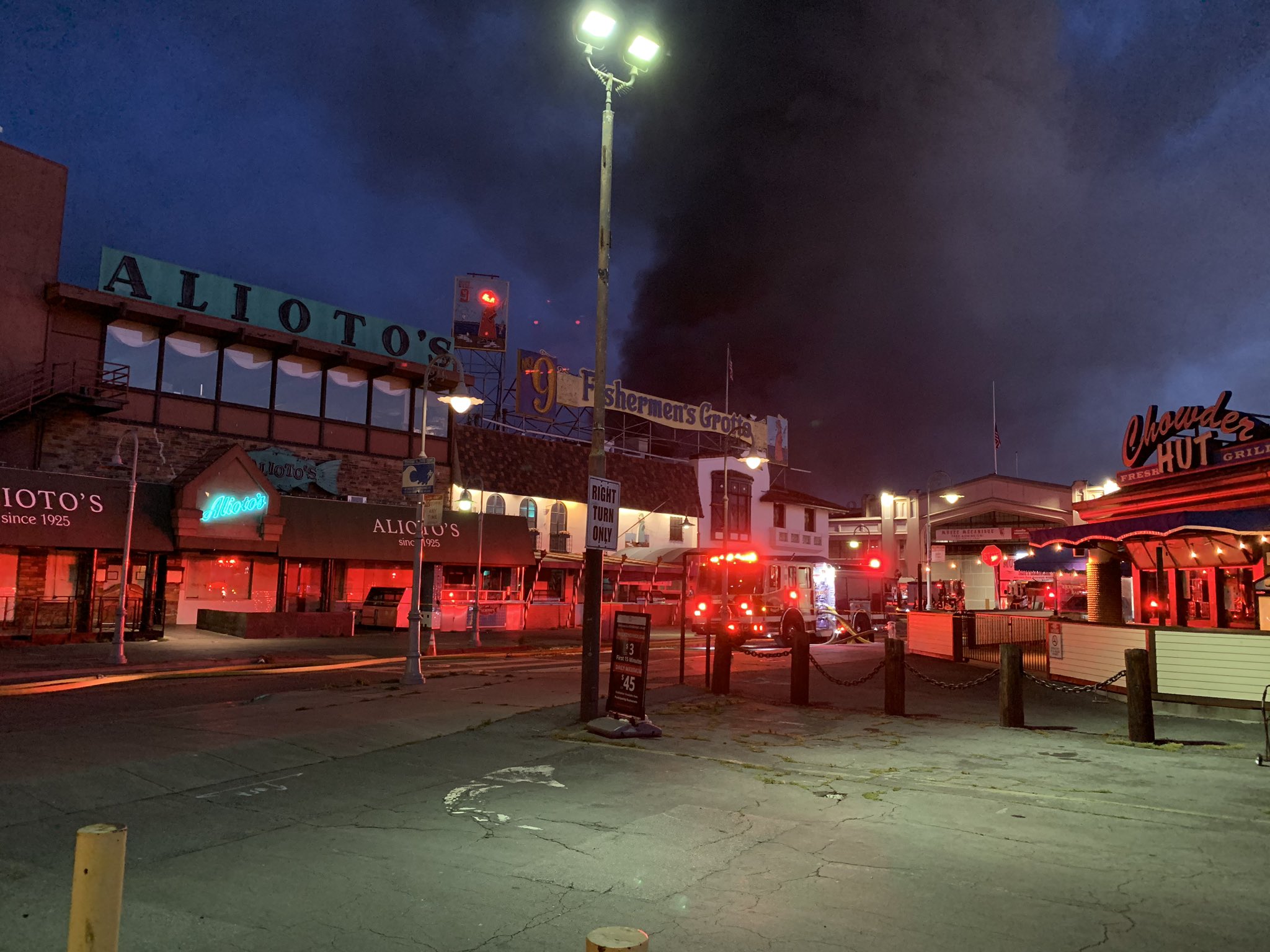 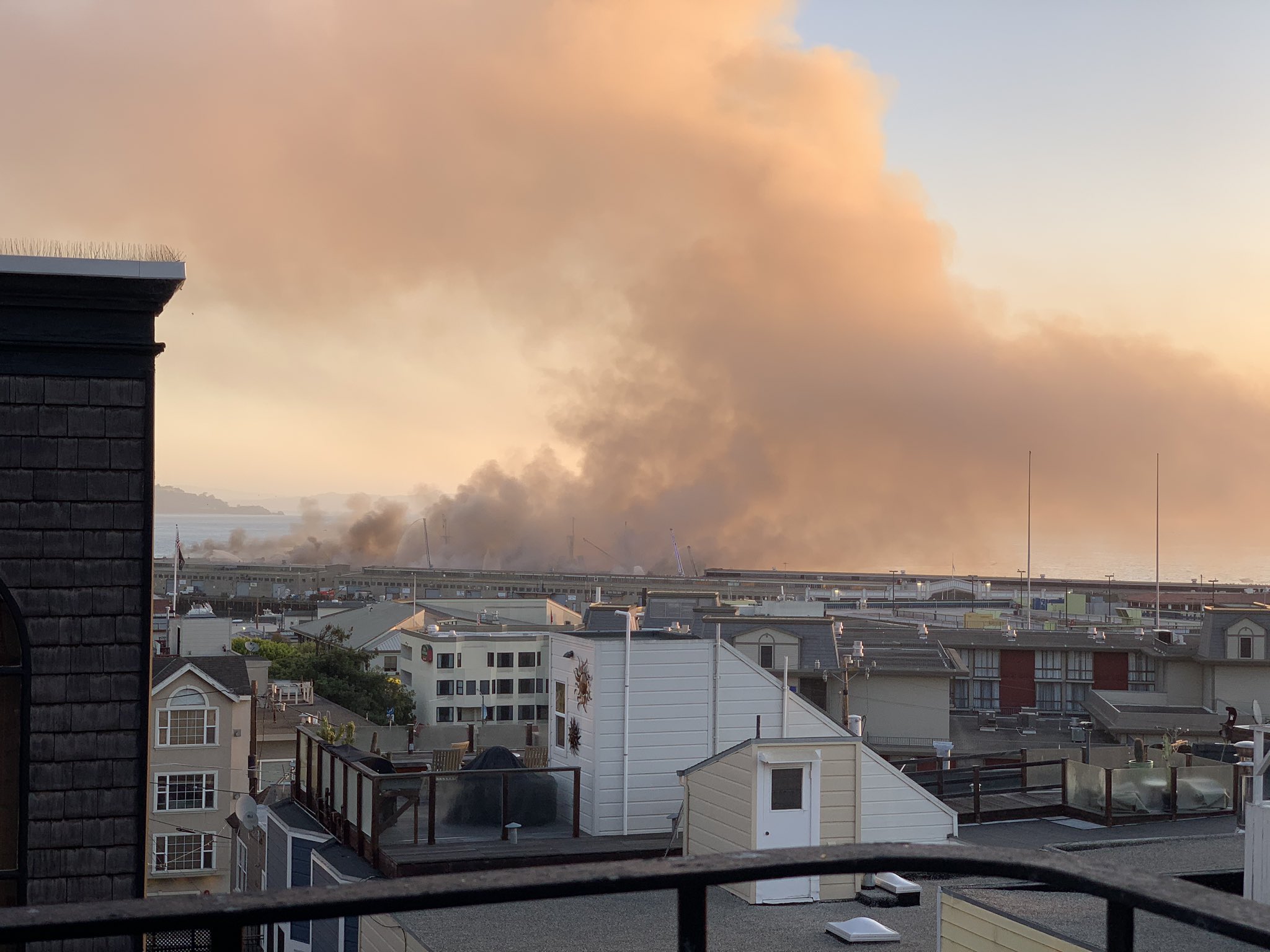