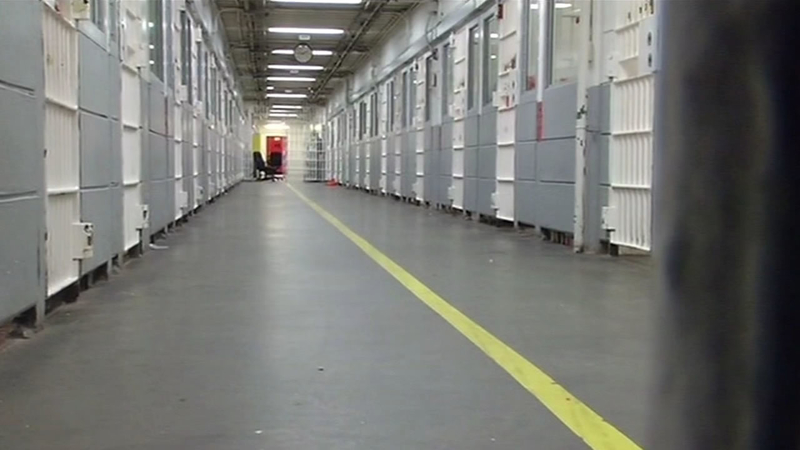 SAN FRANCISCO -- Following a San Francisco Board of Supervisors vote last month rejecting an $80 million state grant for the construction of a new jail, a group of city officials Tuesday proposed the idea of a new mental health treatment facility instead.

District Attorney George Gascon and Supervisors David Campos, Malia Cohen and Jane Kim Tuesday called for the construction of a behavioral health center intended to assess and treat the large number of people in the criminal justice system suffering from mental health problems.

Currently, an estimated 40 percent of the inmates in San Francisco's jails suffer from mental health problems, according to Gascon.

"It would be difficult to design an environment more counter-therapeutic than a modern American jail or prison," Gascon said Tuesday. "If we want to address the crisis that is evident on street corners from the Haight to the

Tenderloin, we must divert individuals with mental illness and substance abuse to treatment, rather than warehouse them behind concrete and bars."

Based on a model that has seen success in Miami, Gascon said the proposed center would include rapid mental health assessment, outpatient treatment facilities, diversion programs for low-level offenders and secure facilities for those waiting for treatment beds. Ideally, it would also be close to the courts, services and family members.

A working group has been formed to study the proposal and a white paper will be issued by Professor Craig Haney of the University of California at Santa Cruz and Michael Romano of Stanford University's Justice Advocacy Project, city officials said.

Cohen said she and other supervisors are working to identify locations where a behavioral health center could be built, with possibilities including a site next to San Francisco General Hospital.

The Board of Supervisors voted on Dec. 15 to turn down state funding for a new $240 million jail to replace decrepit, seismically unsafe facilities at the Hall of Justice.

The vote followed heavy campaigning by groups arguing that city resources should instead be put into diversion and pre-trial release programs, mental health treatment and programs to help the homeless. The No New SF Jail Coalition argued that incarceration disproportionately harmed the poor, minorities and the mentally ill.

However, the sheriff's department and Mayor Ed Lee argued that the replacement jail was urgently needed to provide a safe, humane holding facility with adequate services for inmates.

While jail opponents argued that the city's jail population should be reduced, proponents said that they have already been sharply reduced to some of the lowest in the state and nation and further reductions are unlikely.

A city controller's report in June found that San Francisco's average daily jail population peaked at 2,321 around 1993 and has since fallen to a current level of around 1,285.

Kim said Tuesday that the city had already demonstrated that it could do things better by reducing incarceration rates.

"We have turned down money to build a jail because we know we can build something better," she said.

Gascon said the proposed behavioral health center would not qualify for funding under the state grant program that would have helped pay for the $240 million jail. He said state legislators representing San Francisco are working to identify possible funding sources at the state level.

Jail opponents welcomed the proposal Tuesday, but said they would continue to monitor city plans.