A San Francisco shooting left six people injured, including an officer. It happened inside a barber shop in the city's Crocker-Amazon neighborhood.

SAN FRANCISCO (KGO) -- The man who traded shots with police inside a San Francisco barbershop has died - while a wounded officer, and four bystanders recover.

ABC7 News was inside the Amazon Barbershop at Geneva Avenue and London Street the morning after the shooting.

We saw the floor splintered by gunshots that fell short, as well as a wall pocked by the shots that came too close, and an owner filled with concern about his wounded colleagues.

New surveillance video of the scene outside the barbershop Wednesday afternoon taken from cameras at J and J Hardware store a couple of doors down shows police responding to a call of a person with a gun.

Curious neighbors walked over to take a look, including hardware store owner Marvin Tota. Everyone scatters when they hear the exchange of bullets.

Sources tell ABC7 News that the initial call to police was made by the suspect's own family. They apparently live a block away from the Amazon Barber Shop and were met with the suspect brandishing a gun. They called 911, the suspect ran away and then, sources add, the police found the suspect and the shooting happened.

Officials say the suspect was previously convicted for armed robbery but was let out on probation.

Tota said, "You're not thinking about too much other than getting to safety. When you hear gunshots you just don't want to be hit."

The suspect is identified by relatives as Jehad Eid of San Francisco. Witnesses say he was sitting on a bench near a barber chair when police rushed in. Bullets missed the barber and the customer in the chair by inches.

The barber did not want to go on camera, but told ABC7 News he tried to duck, but he was so close that the suspect actually fell on top of him after he was hit.

Naiel Nasrah - co owner of a pharmacy next door said, "I'm surprised he's still alive. Like everyone says, he should go to church and light a candle and after that go play the lottery. He's the luckiest person on earth right now."

Some of the wounded were brought to the pharmacy while they waited for paramedics.

Naiel says he'll never forget it. "What happened here last night was traumatic and should never happen in anyone's neighborhood." 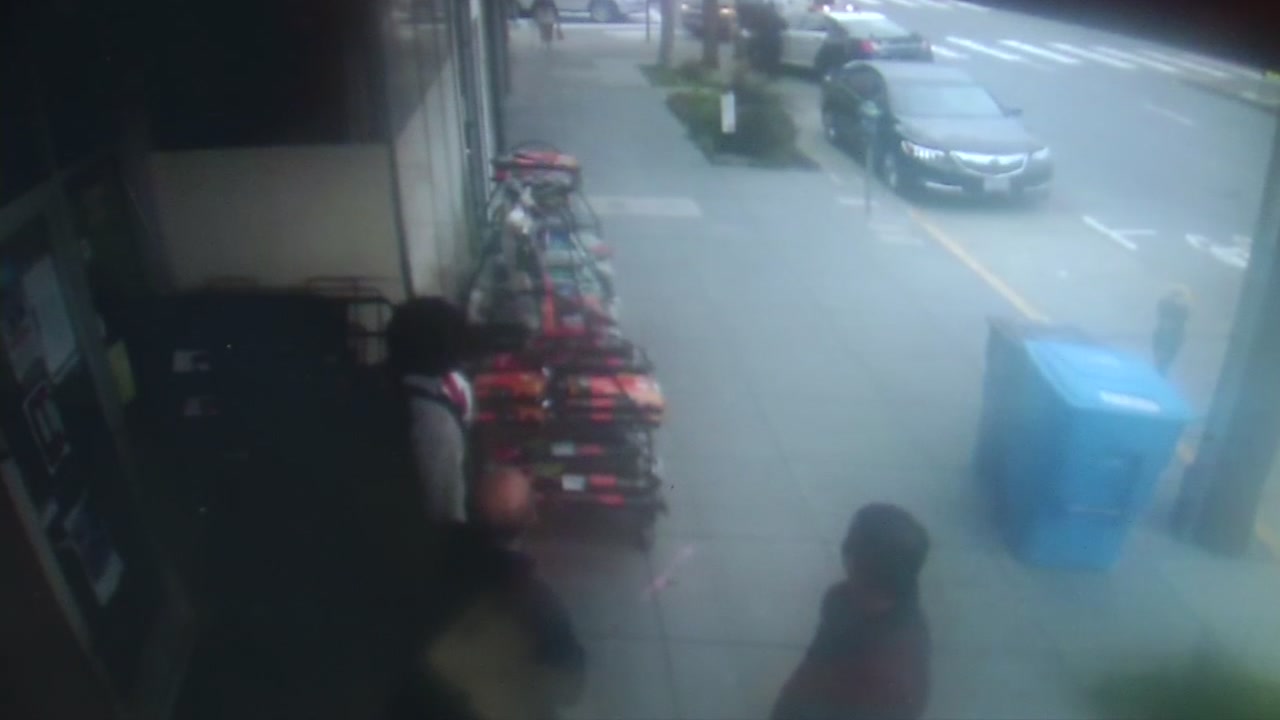 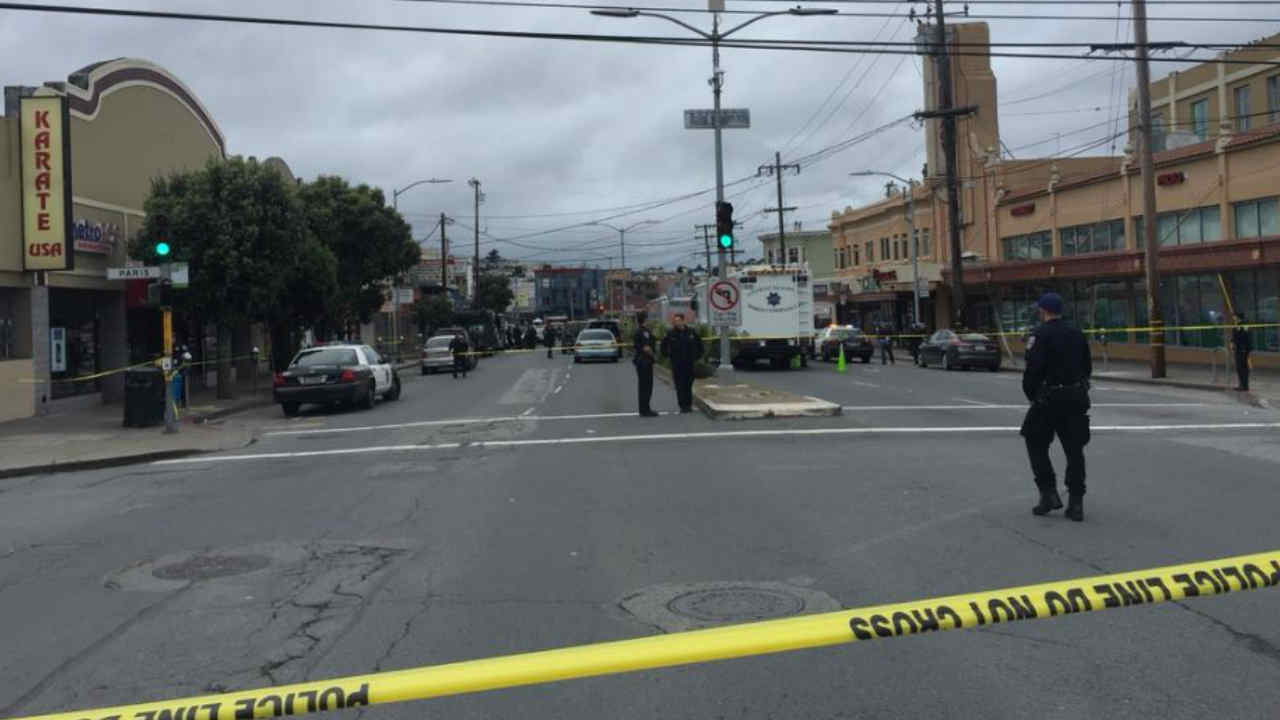 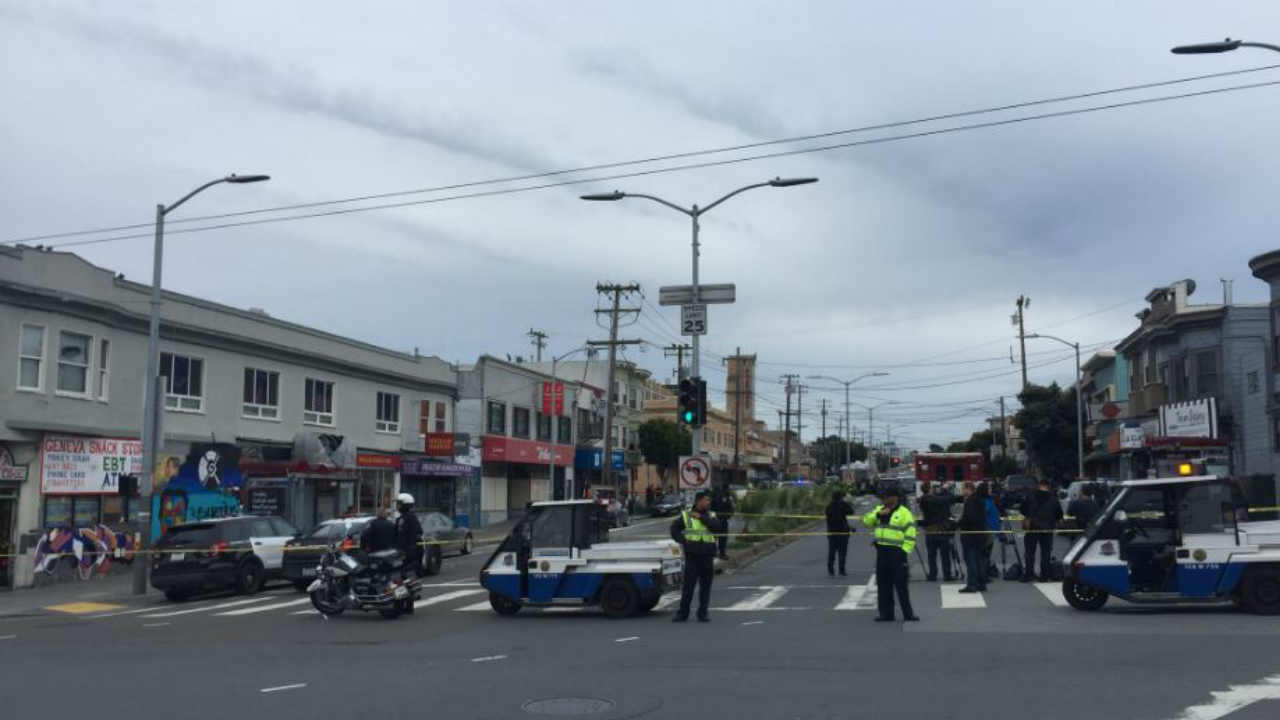 Mark Farrell visits hospital after officer, 5 others shot in SF