KGO
SAN FRANCISCO (KGO) -- A San Francisco shooting left six people injured, including an officer. It happened inside a barber shop in the city's Crocker-Amazon neighborhood.

Cell phone video captured the dramatic moments -- San Francisco Police officers seen crouching behind their vehicles, while the injured officer crawls on the ground after being shot in the leg.

RELATED: SFPD officer in fair condition, 5 others wounded in shooting

"Looks like he was crawling, like he got shot somewhere and he was just trying to get away from where it happened," said witness Ray Willis.

The exchange of gunfire took place inside the Amazon Barber Shop on Geneva Avenue and London Street after police received a call of a man with a gun. In addition to the officer, the suspect was also shot, as well as four others, including a minor. Investigators haven't said if they too are suspects or innocent bystanders. People in the area say they did what they could to get out of harm's way.

"When I heard the gunshots I kind of like ducked so I so I wouldn't be into anything. All the Walgreens customers were like running behind their cars," said witness Tenisha Miller.

Chief William Scott came to see the aftermath first hand. His department is counting on the public's help.

"There are probably many witnesses who were out here. There are folks who may have seen this so anyone who has not yet been contacted or contacted a police officer, we'd like them to come forward," said Sgt. Michael Andraychak of the San Francisco Police Department

SFPD will hold a town hall meeting about the shooting within ten days.

Scott asked anyone with information about the shooting to call the Police Department's 24-hour tip line at (415) 575-4444 or text a tip to TIP411 and start the message with SFPD.

Witness cell phone video of injured @sfpd officer crawling away from shooting at Geneva and Mission. Cop and five others shot. #SanFrancisco pic.twitter.com/txZ9YYeD2B

At Geneva Ave near Mission St. where @sfpd officer was shot in the leg. 3 others also injured. #SanFrancisco pic.twitter.com/Adx7Ith5F9 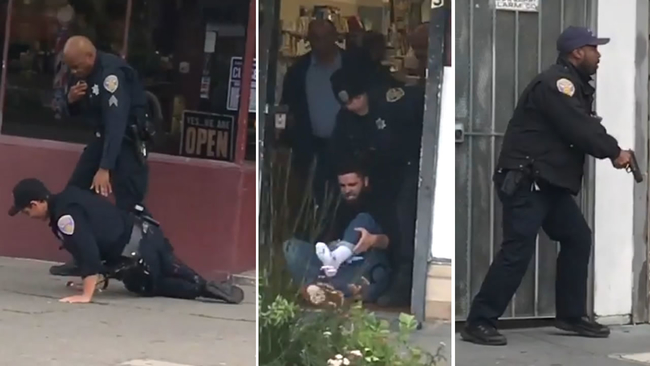 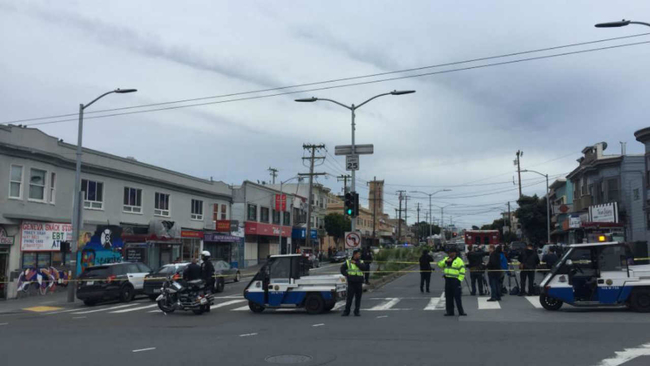 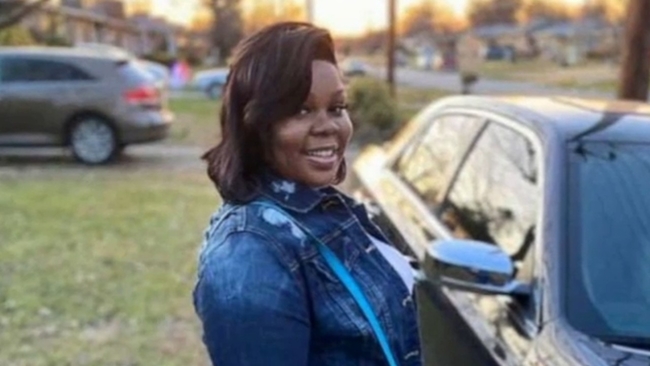