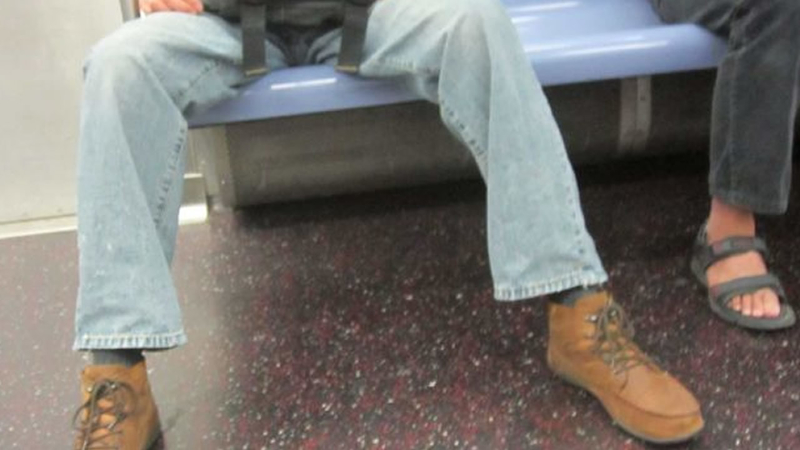 SAN FRANCSICO (KGO) -- Officials with San Francisco Municipal Transportation Agency say they plan on surveying riders about what appears to be a nationwide problem -- guys who take a seat and spread out with their legs to ensure that they have more room.

The practice even has a name -- it's called "manspreading."

ABC7 News spoke to two men riding next to each other on Muni. One said, "We're both comfortable, we both have out legs, we're both 'manspreading.'"

San Francisco resident Victoria Conger says she hasn't come across anyone manspreading. She finds fellow riders to be quite polite and says, "Mostly, I have people being very nice, they give me a seat because I'm old."

Muni knows seats are at a premium with about 700,000 riders served daily. To that end, it will survey customers this year to find out which etiquette issues are of concern.

"The more we can talk about these issues, the more we can get in front of our riders, the better it will be for Muni and public transportation in San Francisco," Muni spokesperson Paul Rose said.

Maybe manspreading will top the list of complaints or maybe it won't. ABC7 News spoke to some riders who said ladies were not entirely innocent.

San Francisco resident John Connelly said he's witnessed people "with packages. I hate to say it, but a lot of women with bags."

He's not the only person to tell us bags on seats are a problem.

Turning back to men, San Francisco resident Luis Ruvalcaba says cut them some slack. He said, "If I see someone coming in, I'll scoot in, but the idea that I'm preventing people from sitting down or I'm somehow a nuisance? Kind of ridiculous."

If he's wrong, riders... you've got an educational campaign coming your way.

We have the first look at the @MTA's new courtesy campaign. Here's the poster that takes on #manspreading. pic.twitter.com/B5RySVI1kK