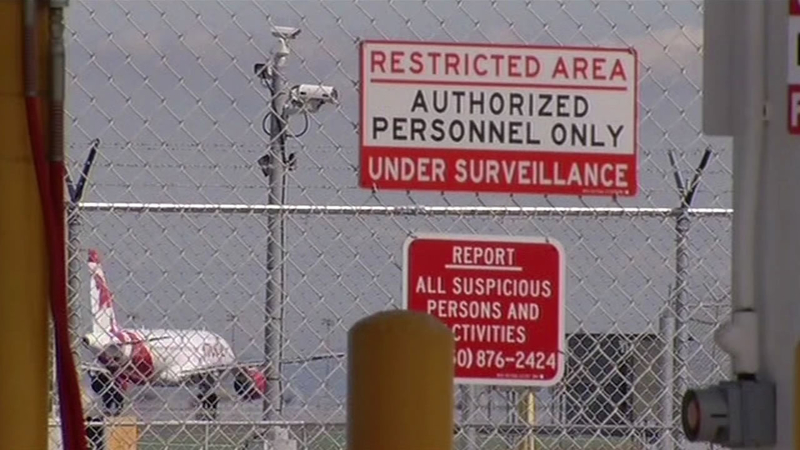 SAN FRANCISCO (KGO) -- A new investigation found that San Francisco International Airport has more breaches in security than anywhere else in the country.

San Jose also has problems -- the most famous being the teenage stowaway who survived a flight to Maui after hiding in a plane's wheel well.

SFO has a 15-mile perimeter and over the past decade, 37 people have managed to break in. This number only relates to the number found on the outside exterior.

Just last month, a homeless woman stood on the airfield, waving her arms before she was arrested.

Sixteen cases involved people who are homeless, under the influence or mentally unstable.

Two people were able to get on an aircraft - one was a homeless person who boarded a corporate jet and the other was a pilot's son with no credentials.

"We take it seriously, regardless of how inadvertent or unintentional it was. We still included it," Yakel said.

SFO says its ranking for the most security breaches could be because it shares more information than other airports.

"This is about continuous improvement," Yakel said.

"I feel completely safe as a passenger. Thirty-seven breaches over 10 years, I think they are doing a great job," passenger Al Hearne said.

"I'm more concerned with weapons getting on and other things like that versus somebody sneaking through," passenger Bruce Johnson said.