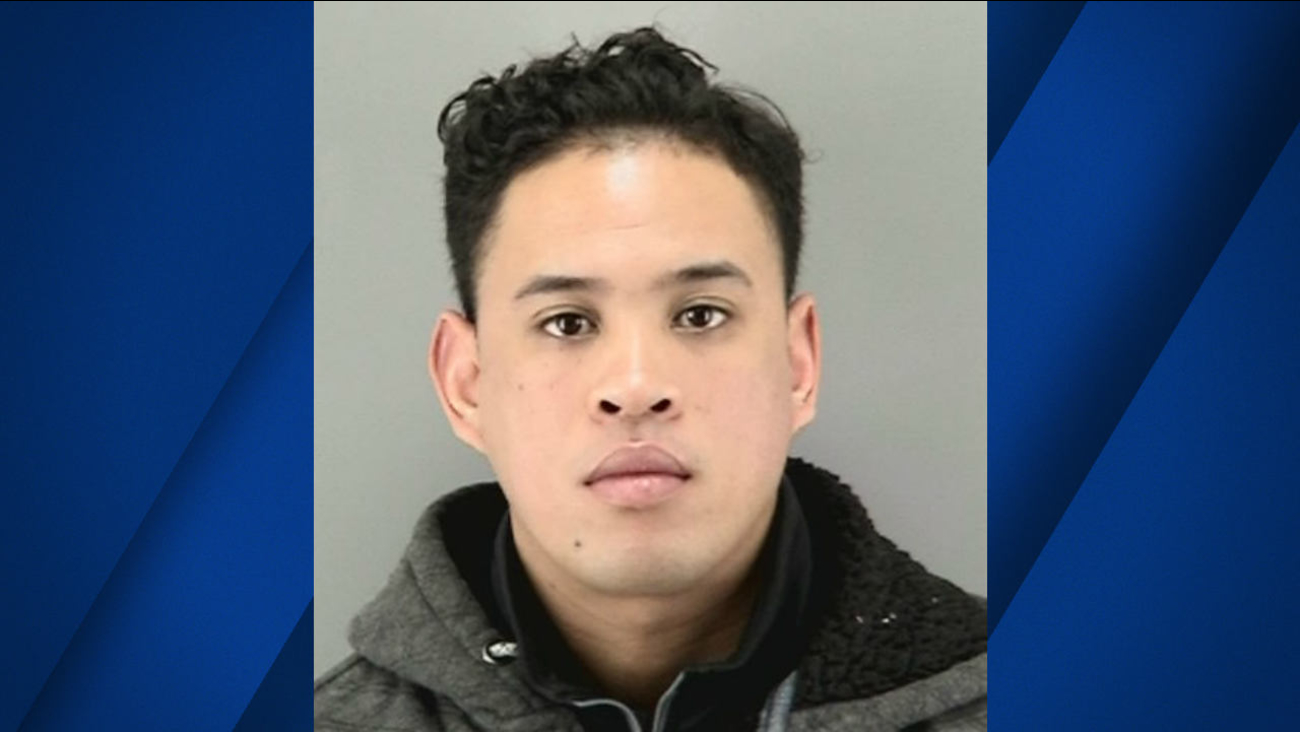 Justin McCall is seen in this undated mugshot. (KGO-TV)

The arrest followed an internal affairs probe that began in September 2017, when the department was notified of possible off duty criminal conduct.

McCall was suspended without pay.