Police are asking for the public to help solve a shooting that killed four people in San Francisco Friday night.

Officers responded to a report of a shooting in the 200 block of Page Street around 10 p.m., San Francisco police Officer Albie Esparza said.

The four men were found shot and pronounced dead at the scene, Esparza said. Their names have not been released.

The victims were in a stolen car that was double parked on the street, according to Esparza.

A suspect description was not available Saturday, but police have posted a sign on a nearby tree asking for the public's assistance to help solve the case.

Police are working to verify the make and model of a car that was seen speeding away from the shooting and if it is related to the homicide, Esparza said.

Police think the fatal shootings are gang related and the victim's were targeted.

Anyone with information on the homicide is asked to call San Francisco police at (415) 575-4444 or send a tip by text message to TIP411 with "SFPD" at the start of the message. 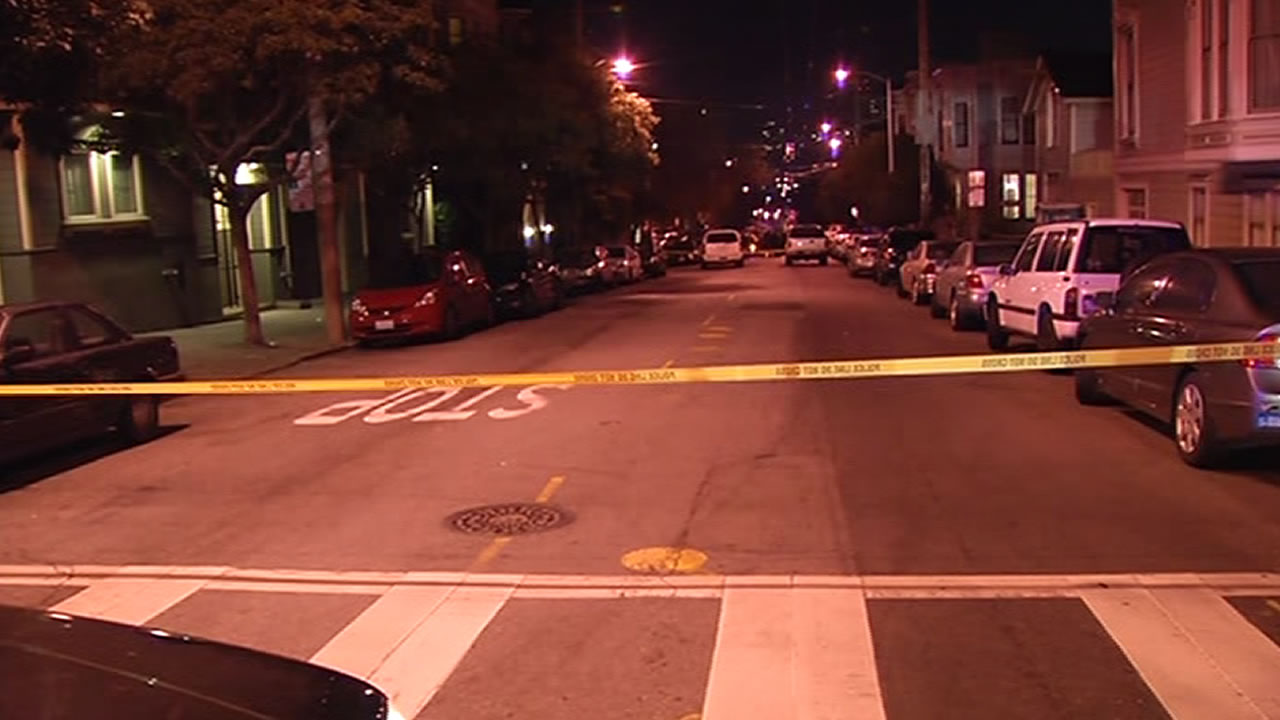