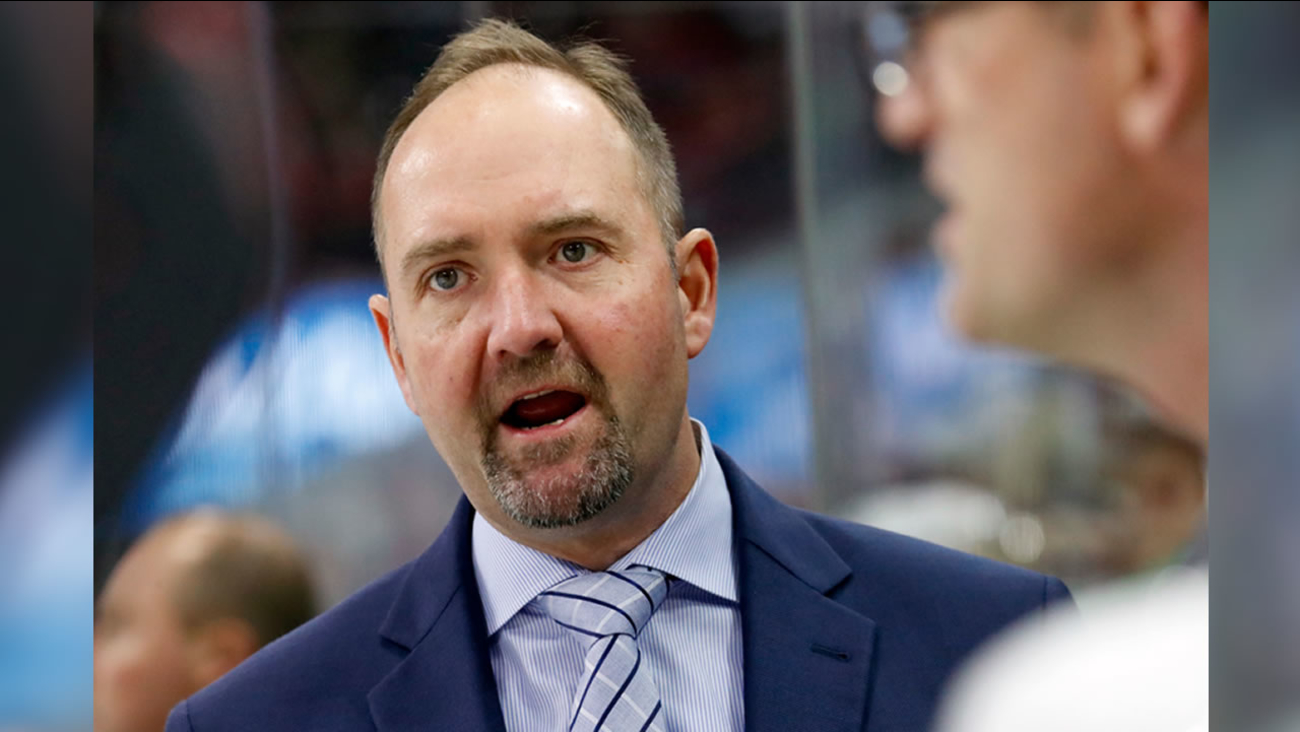 SAN JOSE, Calif. -- San Jose Sharks coach Peter DeBoer has been fired, a person with direct knowledge of the move said. The person spoke to The Associated Press on condition of anonymity because the firing hadn't been formally announced.

The 51-year-old DeBoer was fired a day after the Sharks' 3-1 loss at Nashville.

The move comes amid a five-game losing streak and overall current record of 15-16-2, which puts them in 6th place in the Pacific Division.

He led them to the playoffs in all four of his past seasons, including a Stanley Cup Final in 2016. The series went six games before the Sharks ultimately fell to the Pittsburg Penguins.

He also has coached New Jersey and Florida

DeBoer is the fifth NHL coach to lose his job this season and the third for performance reasons.

The Sharks host the New York Rangers on Thursday night.

WHOA! Major #BreakingNews from out of San Jose. Pete DeBoer has been fired from his position of Head Coach of the @SanJoseSharks. The #SJSharks are 15-16-2 and sitting in 6th place in the Pacific. pic.twitter.com/O4Rl56c6XC

More — Early reports say the move is “purely a hockey decision”. DeBoer led the #SJSharks to the Stanley Cup in his first season at the helm. The team has not made it back since. pic.twitter.com/3WU30ntVEC

For those #SJSharks asking, what’s next? Look no further than to St. Louis. Fans sometimes think change will do nothing, the Blues were in last place, they fired their head coach and went to a Stanley Cup. How did that season end last year? Change is NECESSARY. pic.twitter.com/qdKZy89KZV