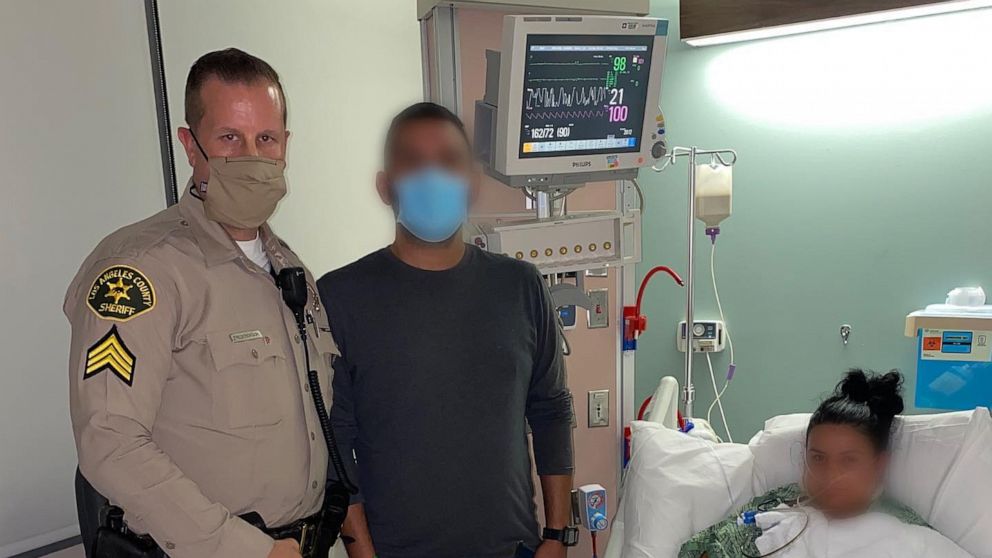 A Los Angeles County Sheriff's deputy who was targeted in an ambush-style shooting this month along with her partner has been released from the hospital, officials said.

The 31-year-old deputy, the mother of a 6-year-old boy who was shot multiple times in the surprise attack, was discharged on Monday evening from St. Francis Medical Center in Lynnwood, California, according to the sheriff's department.

The deputy went home five days after her 25-year-old partner, who was also shot multiple times, was discharged from the same hospital.

"Great News... both of our Deputies from the #ComptonAmbush have been discharged from the hospital and are resting. They both have a long road to recovery and #LASD appreciates your continued prayers and all the support. #LASDStrong," the sheriff's department said in a tweet Monday night.

The news came after President Donald Trump phoned both deputies over the weekend "to check on their spirits," sheriff's department officials said.

The female deputy was unable to speak to the president because she was shot in the jaw but did write messages to him that were conveyed to Trump by a sheriff's sergeant who was next to her hospital bed, sheriff's department officials said.

Photos released by the agency show the wounded deputy writing notes that were relayed to Trump. The contents of the notes were not released.

The images show the deputy sitting up in bed with splints on both of her arms. The photos also show the deputy's husband, standing in the room at St. Francis Medical Center in Lynnwood, California, when Trump called.

The president also called the deputy's partner, according to a sheriff's department statement that accompanied the photos posted on Twitter and Facebook.

Trump phoned the deputies on Saturday to "wish them a speedy recovery and remind them that the #American people are behind them and that the coward that harmed them will be brought to #justice!!" according to the sheriff's department's online post.

A massive search for the gunman went into its 11th day on Tuesday and a reward for information leading to the capture of the perpetrator has soared to more than $675,000, with donations pouring in from people from across the county, the sheriff's department said.

While some media outlets have published the female deputy's name, a sheriff's spokesperson told ABC News that the identities of both deputies have not been released by the agency due to security concerns. The sheriff's department released the photos of the female deputy blurred out to protect her identity.

The two deputies were sitting in their patrol vehicle on Sept. 12 outside the Martin Luther King Jr. Transit Center in Compton when the gunman, dressed in dark clothes, approached them and opened fire without warning through the passenger-side window.

The shooting was captured on surveillance video that was released by the sheriff's department and shows the gunman firing multiple shots before running away.

Los Angeles County Sheriff Alex Villanueva told ABC News last week that despite being shot four or five times, including once in the jaw, the female deputy walked around the patrol vehicle to help her partner, who suffered gunshot wounds to his forehead, arms and a hand.

"She goes around the car, applies a tourniquet to him to stop the bleeding. She gets on the radio and she's calling for help and she's having a hard time because she can't speak very well," Villanueva said.

In a recording of the female deputy's desperate radio call for assistance, she is heard saying, "I've been shot. Send help."

Villanueva said both officers have a long road to recovery ahead of them.

A GoFundMe page established by colleagues of the wounded deputies to raise money to pay for their medical expenses had grown to more than $700,000.
Report a correction or typo
Related topics:
abc newsnational
Copyright © 2020 ABC News Internet Ventures.
More Videos
From CNN Newsource affiliates
TOP STORIES
Crews gear up for high fire danger as PSPS looms across CA