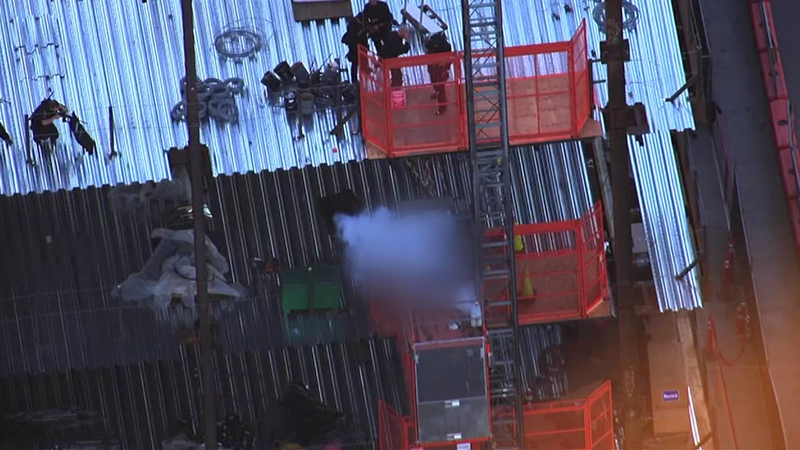 SAN FRANCISCO (KGO) -- An armed suspect San Francisco police fatally shot near a hospital on Wednesday has been identified as Javier Lopez Garcia, 25, of San Jose.

Police just released new information about the shooting that occurred next to St. Luke's Hospital in San Francisco. Police said the man had stolen a shotgun from a Big Five Sporting Goods store, but still are trying to figure out why. "He believed yesterday would be his last day," San Francisco Police Department Chief Greg Suhr said.

San Bruno PD says man who stole a store shotgun said "I'm suicidal" before heading to SF where he was killed by SFPD pic.twitter.com/D9wu6A9YuL

Suhr said that's what Garcia told construction workers as he climbed on top of their elevator next to St. Luke's Hospital.

According to authorities Garcia drove directly to St. Lukes Hospital about 12 miles away.

When officials were asked if they had any idea why he chose St. Luke's Hospital, they said: "That's the big question right now. We did talk to family, they don't know if he was seeking an employment opportunity and was unhappy," Suhr said.

Construction workers tried to hide as the hospital was put on lockdown.

Crime scene investigators returned Thursday searching for evidence. The chief said three officers fired on the suspect when he pointed the shotgun at them.

Police searched for a second shooter, but they searched the construction site and believe Lopez Garcia acted alone. No one else was hurt.

Officials said an update will be provided on the incident during a press conference and community meeting at the Griffin Room of St. Luke's Hospital at 4 p.m. on Friday.