Police investigating crash on I-880 in Oakland, shots fired nearby

The CHP and Oakland Police Department are investigating an I-880 crash and gunshots that were fired at about the same time in the same area.

OAKLAND, Calif. (KGO) -- The CHP and Oakland Police Department are investigating an I-880 crash and gunshots that were fired at about the same time in the same area.

It was an unusual situation because police wouldn't say if the crash and shots fired nearby are somehow connected.

The three-car crash happened just before 5 p.m. "The silver Mercedes was passing on the shoulder unlawfully, and then was potentially merging back into traffic," CHP Sgt. Donovan Geyer said.

The passengers of the smashed up Toyota minivan said the driver of the SUV crashed into them and the four door sedan.

When all three vehicles came to a screeching halt, the driver of the Mercedes jumped out and ran down the freeway shoulder, they say.

At about the same time, police started getting reports of shots fired nearby.

The crime scene that the Oakland Police Department was processing is just a few yards away from the crash scene the California Highway Patrol was dealing with.

It's not clear who was shooting and who that person was shooting at. Investigators are hesitant to say if the two incidents are connected.

"The shooting and the accident, at this point, we don't know if they're linked. That is being looked into. If anyone has any information that can help us with that, please give us a call," Oakland Police Department Sgt. Robert Trevino said.

Police say the person that ran away from the crash scene was not found and the person who fired several shots on the I-880 off-ramp at High Street is gone.

There were two people who suffered minor injuries in the crash. They were sent to a local hospital as a precaution. 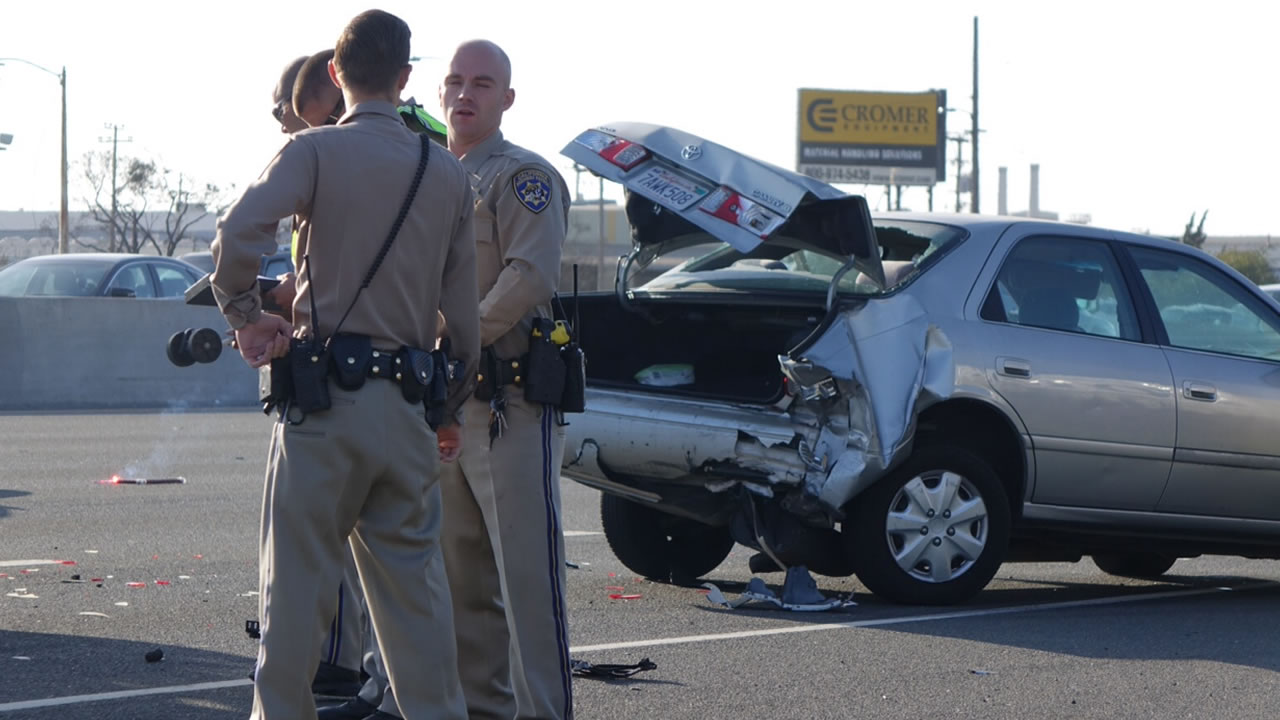