7 On Your Side: Smartphone apps that make you money 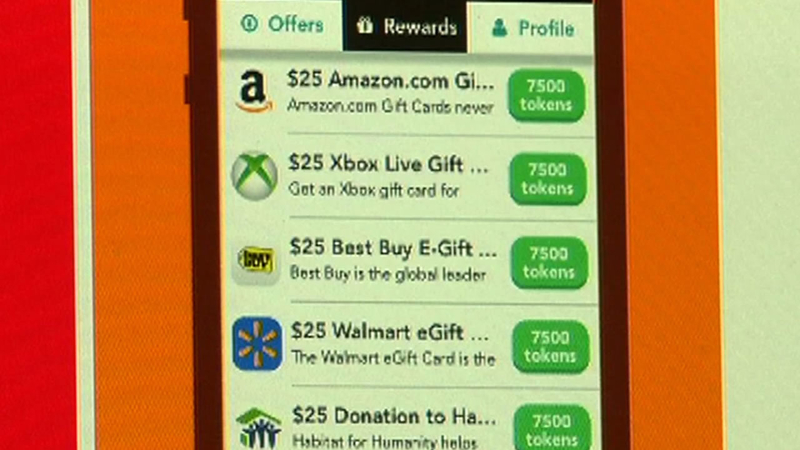 7 On Your Side: Smartphone apps that make you money

SAN FRANCISCO (KGO) -- A smartphone can take calls and texts, help you find your way and entertain you with games when you're standing in a line. Did you know it can also help you pay for this year's holiday shopping? 7 On Your Side looks into how that can happen.

How would you like to play video games and get paid or take a picture then sell it? You can, it is all part of the new smartphone economy.

TokenWall is an app that pays you to try out new apps. You are given a list and told how many tokens you can earn by trying out the app.

Tobias Batton is the CEO of Conjecture the company that owns TokenWall. He explains, "This is a list of different IOS offers we have available with their associated token values."

The Yellow Pages, Priceline, Stub Hub and even the Kim Kardashian app all need to be tested.

FINNEY: "Kim Kardashian?"
BATTON: "Yes, that is also a popular one."
FINNE: "Really?"
BATTON: "From a company called Glu Mobile."

"So I think what a lot of folks to is they are on the couch at night, they're watching TV, maybe making dinner and they just install apps and try them while their focus is on TV or cooking dinner and they kind of do it at the same time," Batton said.

"I've gotten five or six $5 Amazon gift cards," Alex Zaglin of Berkeley said. She says she checks out TokenWall apps while watching movies and other videos. "I actually will find myself on the app store downloading apps and then a few days later I see it on TokenWall and I'm, 'I could have got tokens for downloading that.' I get a little upset. I feel like I have lost out a little bit, because I could have been earning for it."

Another money earning app is Scoopshot. There you can post pictures you have taken and set a price or get photo assignments.

Petri Rahja is the CEO of Finland-based Scoopshot.com. He told us via Skype, "We are basically crowd sourcing photographic and videos for media and brands."

Joselito Sering of San Francisco is taking pictures down at Pier 39 and he might just sell one of them. He made $10 selling a shot of his dog in Bernal Heights. He said, "All of a sudden one day I get a notification that says one of your photos has been bought and I was like, "Oh, really?" And I was really happy about it. I was really enthused because I am just a hobbyist, I'm not a pro photographer."