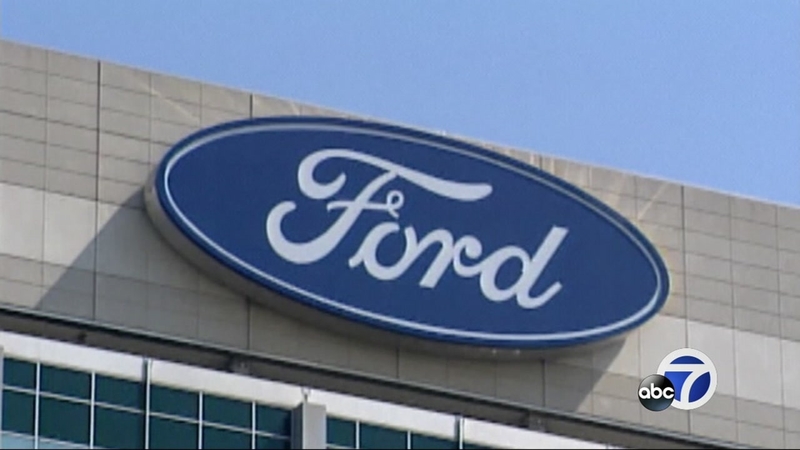 Ford has announced three recalls that affect over a quarter-million pickup trucks.

Over 160,000 2018-2020 model F-150 pickups in the U.S. are being recalled due to a headlight defect that may reduce the visibility of oncoming drivers. The affected vehicles' daytime running lamps do not dim when the main headlight control is switched on, a violation of federal motor vehicle safety standards. Dealers will fix this issue with a software update.

A smaller Ford recall is directed towards 319 2020 F-Series Super Duty and 2021 Ford E-Series vehicles that may not have enough axle lubricant.

Consumers can check if their vehicle is affected by checking the Ford Recalls page or calling the Customer Relationship Center at 800-392-3673.

The ability to "clone" someone's voice is making it easier for impostors to scam unsuspecting victims, law enforcement agencies and the Federal Trade Commission warn.

Florida Attorney General Ashley Moody said in a warning to consumers that voice cloning technology makes it possible for a scammer to sample someone's voice from as little as a five-second recording. The scammers can then recreate that person's voice for a phone conversation. This is where the scammers can pretend to be someone's loved one in urgent need of money, in a more advanced version of the classic "grandparent scam." Victims, eager to help their loved one on the other end of the line, are then tricked into wiring funds to the criminals.

Because it can be difficult to distinguish a real person's voice from their clone, consumers are urged to stay skeptical and ask questions that only the other person would know. If consumers have the actual contact info of the person the caller says they are, they're urged to hang up and call them using their known phone number to verify it's really them.

A new report shows that many Americans are dipping into their retirement accounts early -- and paying hefty fees to do so.

The Internal Revenue Service collected about $5.7 billion dollars in penalties from retirement plans in 2017 (the latest year for which data is available), according to the study by the Investment Company Institute. Because withdrawing money from a retirement account before the age of 59 and a half incurs a 10 percent penalty on top of tax assessed on the withdrawn amount, the Investment Company Institute did some easy math to figure out that Americans withdrew $57 billion from their retirement accounts prematurely.

The IRS received 5.1 million returns that reported paying the early withdrawal penalty, meaning the average withdrawal was about $11,000.

There are some tax exempt reasons for making an early withdrawal -- education expenses, medical debts, or buying a home for the first time -- but financial experts warn that consumers should look into less costly methods of pulling together cash, including a 401(k) loan or personal bank loan.


Report a correction or typo
Related topics:
shoppingauto recallrecallscam targeting seniors7 on your sidefordconsumerconsumer watchpersonal financescamsscamfraudretirementconsumer concerns
Copyright © 2021 KGO-TV. All Rights Reserved.
7 ON YOUR SIDE
What to do right now to prep for a planned power outage
How to store electricity before a power outage
CONSUMER CATCH-UP: EDD reinstates work search requirement
Robocall-like tech used to get to front of EDD line
TOP STORIES
High-speed chase through East Bay ends in crash
At least 3 dead, up to 99 missing in Florida building collapse
Security camera video shows moment of Surfside building collapse
Stanford researchers may have answer to treat COVID 'brain fog'
Oakland votes to redirect police funding to violence prevention
Heat wave heading for NorCal, some spots to reach 114
CA superintendent answers questions about mandatory COVID vaccines
Show More
Audio recording released with voice of VTA rail yard gunman
What to expect in Derek Chauvin sentencing
Kitten rescued from freeway ledge near SFO up for adoption
Levi's Stadium vaccination site closes after 4 months
Here's how you can get free Giants tickets with your COVID-19 vaccine
More TOP STORIES News