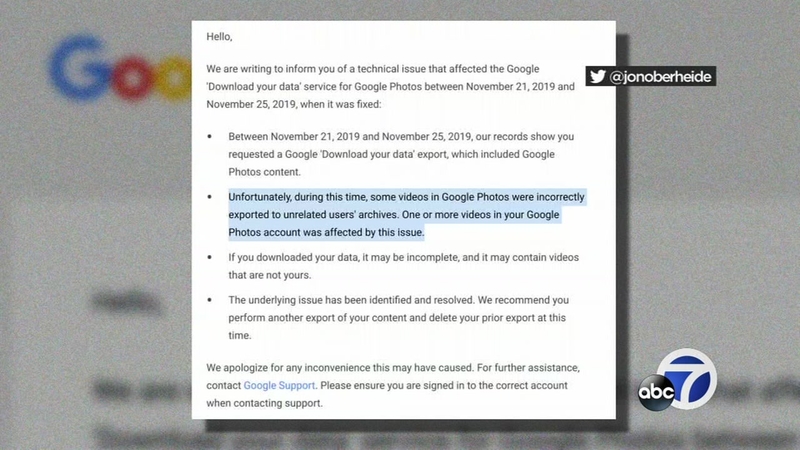 Google is acknowledging a privacy breach that it says affects a small number of Google Photo users.

Google is alerting the affected users that backups of their private videos may have been sent to strangers accidentally. Users are able to download their data through a service called Google Takeout. The service experienced a "technical issue" between November 21 and 25 last year, which resulted in some people receiving private videos that weren't theirs.

"We fixed the underlying issue and have conducted an in-depth analysis to help prevent this from ever happening again. We are very sorry this happened," said Google in an email to Takeout users.

DNA analysis and genealogy company Ancestry.com declined a law enforcement request for access to its genetic database, it was revealed in a transparency report released late last month.

Ancestry was served with a warrant from a court in Pennsylvania, but the company said the warrant was improperly served. Ancestry said there was no follow-up from law enforcement on the issue, and that they declined to grant access due to its "larger commitment" to user privacy. Granting the warrant would have allowed law enforcement access to 16 million customers' DNA profiles.

"Not only will we not share customer information with law enforcement unless compelled to by valid legal process, such as a court order or search warrant, we will also always advocate for our customers' privacy and seek to narrow the scope of any compelled disclosure, or even eliminate it entirely," said a spokesperson for Ancestry.

The suit alleges the pharmacy giant let Kim Thien Le handle more than 745,000 prescriptions in the Bay Area, including for opioids such as morphine and codeine, without having a pharmacist's license.

Prosecutors say Walgreens employed the 44-year-old Milpitas woman for more than a decade, even though she wasn't licensed by the state of California. They claim that Le used the license numbers of registered pharmacists in order to impersonate them and dispense prescriptions at Walgreens stores in Santa Clara and Alameda counties.

The woman worked as a pharmacist in Milpitas, San Jose and Fremont up until 2017.