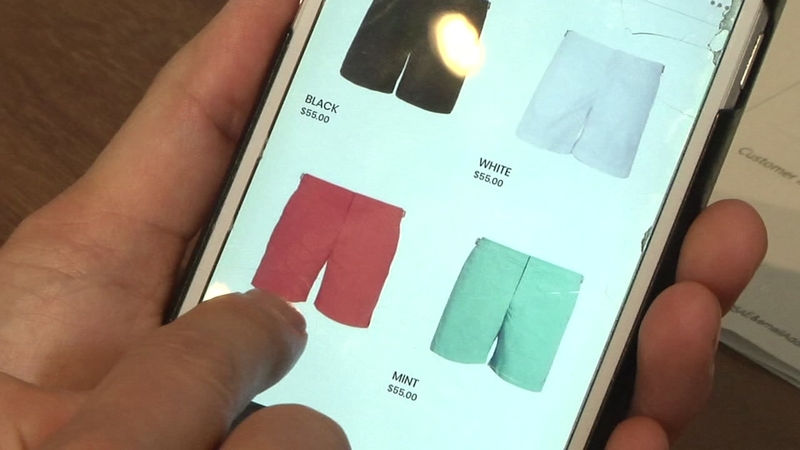 SAN FRANCISCO (KGO) -- 7 On Your Side's Michael Finney has already covered a $20 hot tub advertised on social media. Not surprisingly, it turned out to be fake. Now he's getting more complaints saying ads are misleading.

Michael got to the bottom of another one.

Paul Chan of San Francisco was looking for new swim trunks to take to Hawaii -- when, like magic, the ad popped up on Facebook.

"I don't know how it came on, but it came on. I looked at it, I went, this is what I need. A hydrophobic pair of shorts. Like, that's perfect," said Chan.

The ad led to a slick website with models in swimwear -- even a purported TV segment.

"It said for first time buyer, you get a 15 percent discount, so I thought OK, I'll try it," said Chan.

"I emailed support, nothing. I emailed again, still nothing. That's when I Googled it," he said.

He found hundreds of complaints from Frank Anthony customers just like him, who ordered and never got their swimwear.

The Better Business Bureau gives Frank Anthony an F rating with dozens of complaints -- folks paid but never got their bathing suits.

Turns out Frank Anthony Swimwear had launched a Kickstarter campaign four years ago. Scores of investors complained they never got their shorts either.

"I left a comment with Facebook...This is not a legitimate company... there was no response."

"They should vet these companies first before doing marketing for them. Before placing their ads on Facebook where millions of people can see them."

But weeks after he reported the company to Facebook, the ad was still showing up on his page.

"Now I opened it and it came on again!" Chan said.

In fact, it popped up while we were interviewing Chan for this story.

We tried to contact Frank Anthony Swimwear, but found only an email address. No one replied when we sent emails asking about all the complaints.

"There is no disclaimer from Facebook that this ad could be fake. I think it's their responsibility to the public."

7 On Your Side asked Facebook why it let Frank Anthony advertise on its platform. Facebook began investigating. It took a few weeks but now the ads are gone. So is the Frank Anthony Facebook page. A Facebook spokesman said in part:

"We don't allow this kind of misleading page on Facebook. We encourage people to report ads and pages they believe violate our policies which helps us improve... We have removed billions of fake accounts from the platform. However, enforcement is never perfect and there is more work to be done."

Chan never did get his swim shorts.

"So I went and got these from a brick and mortar!" he laughs.

The one sure way to get your merchandise -- buy in person.

"They're not waterproof though, but I still like them," Chan says.

If you see an ad on social media, and never heard of the company before, do some research before you send money. Look online for reviews, ratings and comments. That should turn up any red flags. Paul says he should have done that before buying his swimsuit, not after. 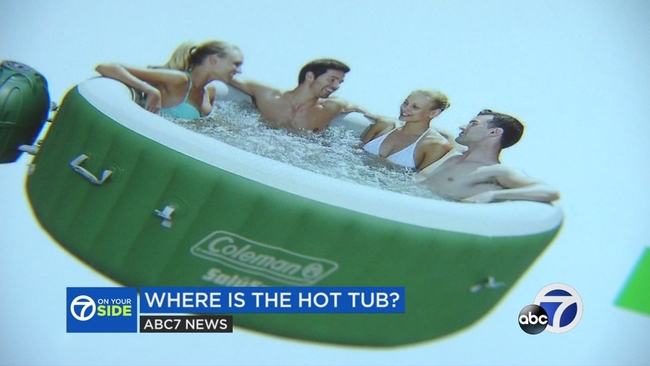