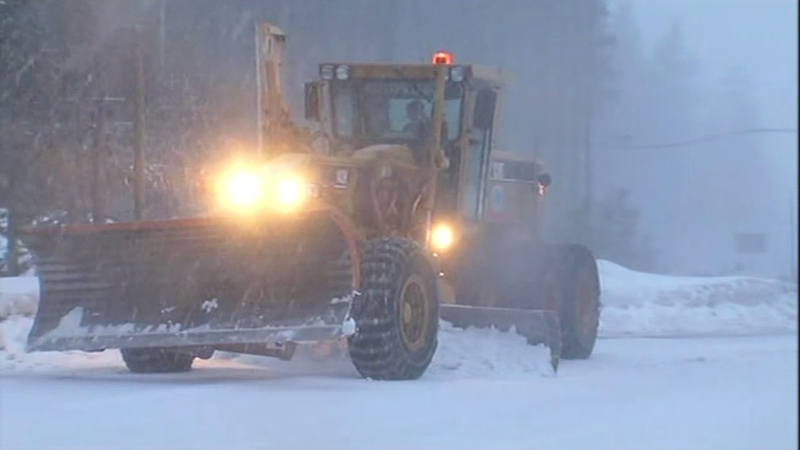 SODA SPRINGS, Calif. (KGO) -- As rain fell in the Bay Area on Thursday, snow fell in the Sierra. The snow came in waves near Donner Summit along Interstate 80; a spurt of heavy showers, then a break, then some more. It was just enough to keep the snowplows busy.