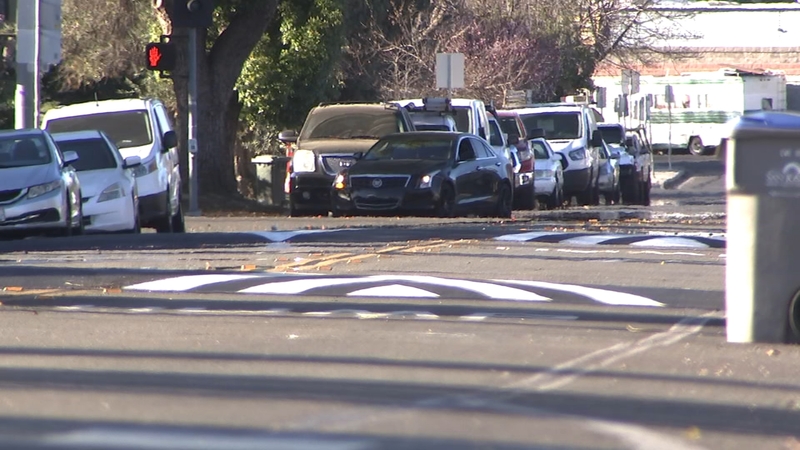 Speed 'humps' installed in SJ neighborhood to slow down drivers

Over the last few years, ABC7 News has followed the dangerous driving behavior documented by residents. Now, speed humps are being installed and according to residents, are making a world of difference.

Tony Magallanez is one of many residents who fought for years, fed up with people speeding, drag racing, and blatantly disregarding the safety of those living in the area.

"About five or six years ago, they paved the street which made it super smooth," Magallanez explained. "A great road. Except it also turned it into a speedway."

After years of back and forth with the city, several speed humps were finally installed less than a week ago, with more expected. Humps are designed to be less aggressive at slower speeds compared to speed bumps we typically see in parking lots.

"It was like a vindication of everything we've been trying to get them to do, and this has only been less than a week," he continued. "And we already see a notable difference."

Magallanez said he's dedicated more than 14 years to his push for street calming measures. He told ABC7 News, he first became hyper-aware of the area's traffic issues after his first daughter was born. He then witnessed the behavior worsen in the years that followed.

He said his wife also pushed for safety projects that are seen around the neighborhood today.

"It was important to us because this is not something that is hypothetical," he added. "These are lives that are being affected on our block because of the lack of traffic control."

Before the humps were painted over the weekend, Magallanez and others captured cars hitting them at full speed. There is additional signage that warns drivers on their approach.

Resident Michael Worster shared cell phone footage of several cars, trucks and even a school bus speeding over a hump.

It was continued concern from residents that fueled Councilman Raul Peralez's push for more funding to cover traffic calming measures on the Northside.

"I know that this is really huge for them- for them, their families, their kids," Councilman Peralez told ABC7 News. "There's so many that have had cars plowing into their cars or their homes."

Now, he says traffic enforcement would only enhance that call for safety.

Thousands of CA residents have lost their lives to traffic accidents since 2020. Officials are proposing a new bill to help reduce traffic deaths.

"Speed humps force you to slow down, but you could speed up after the speed hump and before you get to the next one," Peralez shared. "And so, we really need to have that backed up with traffic enforcement as well."

Councilman Peralez and resident Magallanez both admitted the process to get here was challenging.

Magallanez told ABC7 News, "There are lots of neighborhoods within the San Jose city limits that could use this type of traffic mitigation. And they run into the same roadblocks that we ran into."

"The process that we went through was arduous to say the least. And we wanted to see what we could do to smooth the process, to document the process so that other neighborhoods could do the same thing," he added.

Peralez shared, "Getting the speed humps approved was actually a huge challenge and was way more daunting than it should've been."

He continued, "We need that to be a lot more streamlined. When we're talking about doing things that the community has already bought into, that I as a councilmember have already allocated resources for, we need to make that a lot simpler of a process."

Additional traffic calming measures are expected in the future.