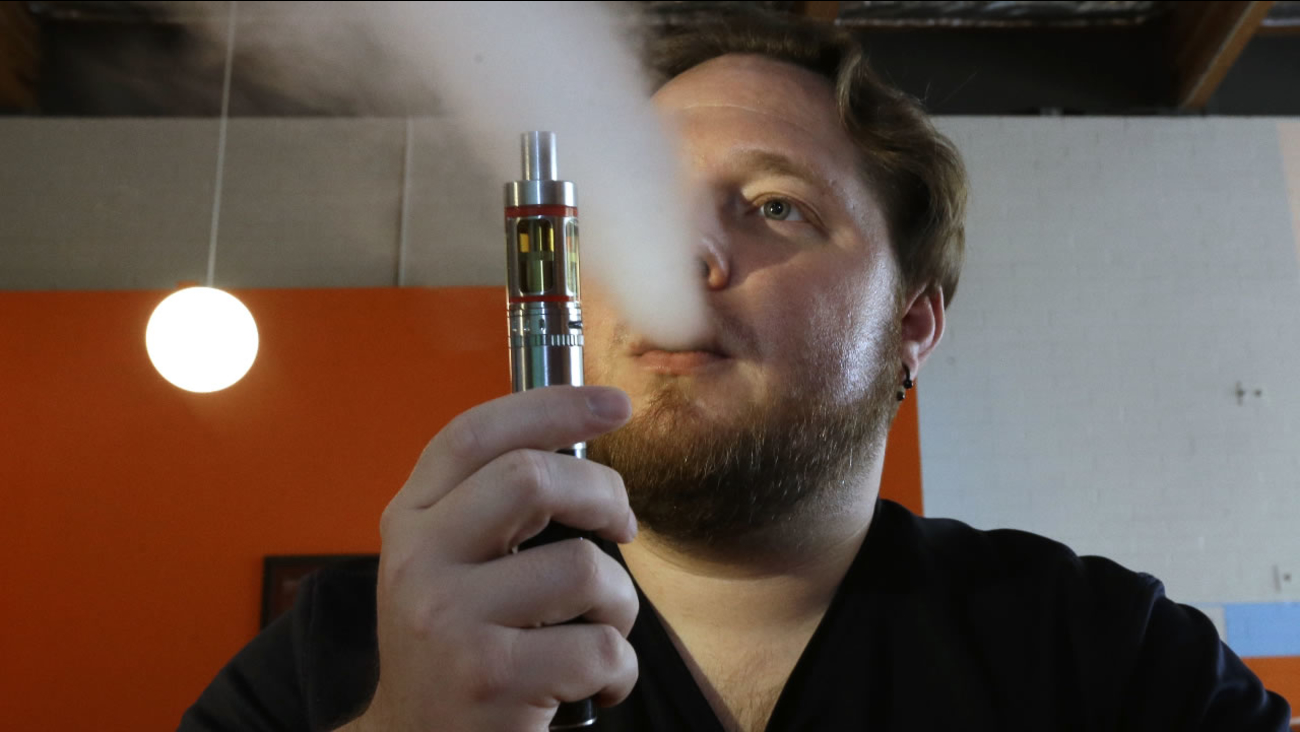 In this July 16, 2015 file photo, Bruce Schillin exhales vapor from an e-cigarette at the Vapor Spot, in Sacramento, Calif. (AP Photo/Rich Pedroncelli, File)

SACRAMENTO -- The governor of California has raised the legal age to buy tobacco for smoking, dipping, chewing and vaping from 18 to 21.

Supporters of the law aimed to deter adolescents from the harmful, sometimes fatal effects of nicotine addiction. The Institute of Medicine reports 90 percent of daily smokers began using tobacco before turning 19.

Veterans organizations and Republican lawmakers in California objected to the bill, saying people old enough to die for their country are old enough to use tobacco.

Hawaii officials decided last April to become the first state in the nation to increase its legal smoking age to 21.