If you spot this snakehead fish, kill it immediately officials say 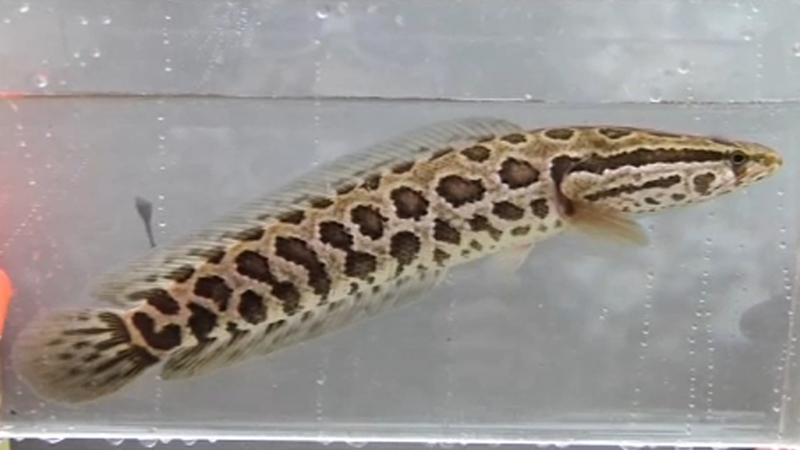 GWINNETT COUNTY, Georgia -- An ominous looking fish is as concerning to wildlife biologists as it is intimidating.

A snakehead fish was caught and released by an angler last week in a Georgia pond and it's the first time the species has been confirmed in that state's waters. Brett Albanese is a biologist with the Georgia Dept. of Natural Resources and is on the hunt for the fish.

"I would say it's a very significant concern, you know, because it's a top predator," Albanese said. "They can get into an area, mature very quickly, and grow population up, and they can disperse through all types of habitats."

RELATED: If you catch this fish in Houston's bayous, don't throw it back

The snakehead is a long, thin fish and is similar in appearance to a bowfin, which is native to Georgia.

The species has spread to 10 states, according to the U.S. Fish and Wildlife Service. They can breathe air and can survive just about anywhere.

"Although claims of their mobility have been greatly exaggerated, several species of snakeheads are able to wriggle overland from one body of water to another, particularly if the ground is wet," a statement from the U.S. Fish and Wildlife Service said. "It is unknown how far they can travel on land."

Crews on the hunt for the Georgia snakehead caught several this week, including juveniles. That means they already could be reproducing there.

A mature northern snakehead female can carry as many as 50,000 eggs, although some will not develop after fertilization, according to the wildlife service.

Anglers who believe they've caught a northern snakehead should kill it immediately and freeze it, officials said.