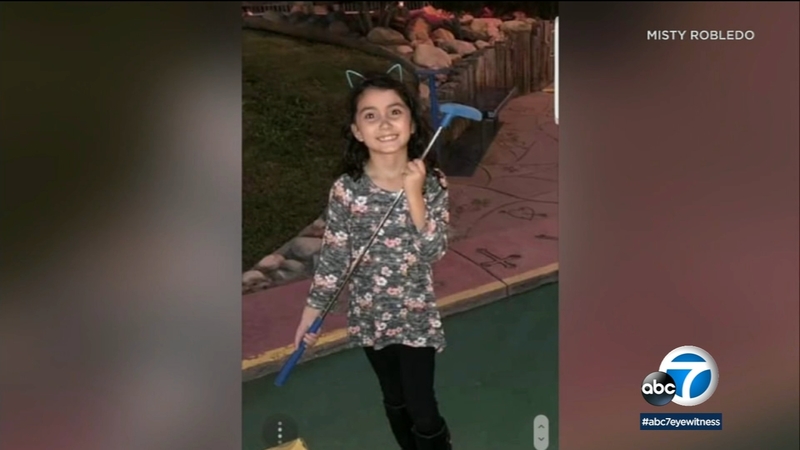 Misty Robledo did not want to let her daughter, Savahni, have visitations with her ex. She worried one day he'd kidnap the 8-year-old because he tried it before when Savahni was just 4 months old.

On March 29, her worst fears came true when her ex failed to return Savahni following a trip to Texas.

"It was probably the most scariest experience I have ever been through in my lifetime," said Robledo. "We didn't know if he was here. He was supposed to be in Texas. We had no idea."

Instead, 49-year-old Warren Demers was heading to Key West, Florida.

On Wednesday, a police officer spotted Demers' pickup truck hauling a small boat. Authorities say he was going to go to Cuba in a small sail boat with his daughter.

"My heart just sunk, I was like wow, they would have never made it. Those waters are shark-infested, they are treacherous, they're choppy. The thought that he got that close overcame me," said Robeldo.

The San Bernardino County District Attorney's Child Abduction Unit had been in contact with Demers, trying to get him to return Savahni to California. At the same time, investigators had put out a bulletin for authorities across the country to be on the lookout.

"When he showed up in Key West, it was a complete surprise to us, but because we were ready, we got him in time," said Deputy District Attorney Kurt Rowley.

An arrest warrant was issued for Demers, who had in his possession a forged court document claiming he had full custody of his daughter. In fact, Robeldo has sole custody, but is under court order to allow Demers visitations. She says she tried warning a Victorville Family Court commissioner but was ignored.

"I am hoping now they realize what a danger, what a dangerous person he is, and that Savanhi's safety should come first," said Robledo.

A month after her daughter was taken, Robledo was able to talk to her for the first time and on the phone.

She's so loved by so many, and that's what we want to focus on when she comes back," Robledo said. "I'm hoping now they realize what a dangerous person he is, and that Savahni's safety should come first."

"When I asked her, 'what was the first thing you are going to do when you come home?' She said she is going to give everyone a hug," Robledo said.