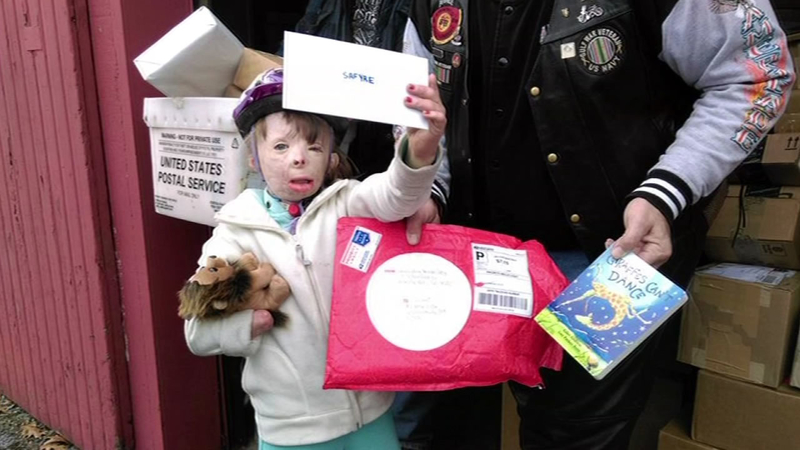 SCHENECTADY, NY (KGO) -- A burn victim just received another holiday surprise after thousands of people around the world answered her request for Christmas cards.


Safyre Terry has endured much since the awful day in May 2013 when firefighters found her clutched in the arms of her dying father, who had shielded her with his body and saved her from the flames that killed him and Safyre's three younger siblings in their apartment in Schenectady in upstate New York. The 8-year-old suffered burns on most of her body.

Safyre told her family the only gift she wanted this year was Christmas cards. One word describes the response -- massive. She received about 195,000 letters in one day and more than 3,000 packages.

The postmaster says it took two 2-ton mail trucks and a rented cargo truck to make the delivery in upstate New York.


"Thank you for making my Christmas so special,' said Safyre.

Safyre also found out Wednesday that a charity will provide her and her family with a trip to Walt Disney World in February. A video posted to Facebook shows the moment when she was told about the big trip.