Aspiring astronaut is American Girl's 2018 Girl of the Year 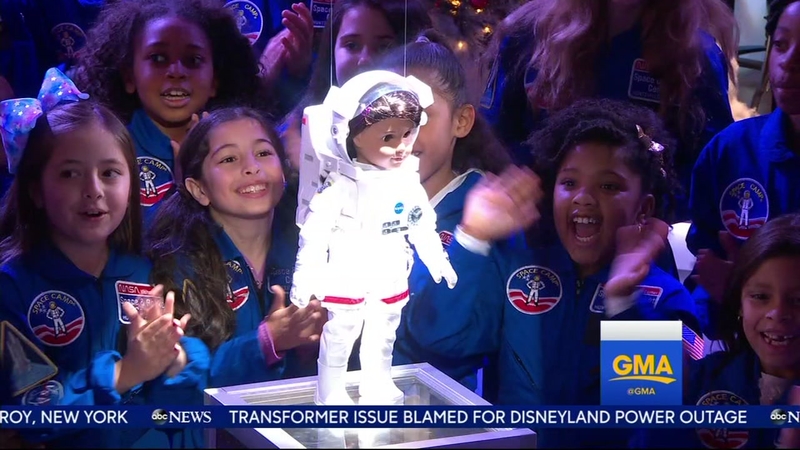 Popular doll maker American Girl revealed their girl of the year for 2018.

"Luciana is our first character that's really immersed in STEM," Rebecca Dekuiper, a designer at American Girl, said in a video about the making of Luciana. "We've had STEM products before, but we really wanted to do a whole character to show girls that STEM is cool."

President of American Girl Katy Dickson said Luciana is "a champion of STEM and a natural-born leader."

Luciana's story is told in a three-series book, written by Erin Teagan. It follows her as she wins a scholarship to attend Space Camp in Huntsville, Alabama.

The doll has brown eyes and dark hair, and a full product line including STEM-inspired outfits and accessories. It will launch in stores, online and through American Girl's catalog on Jan. 1.