The budget will be voted on in June.
KGO
By Amy Hollyfield 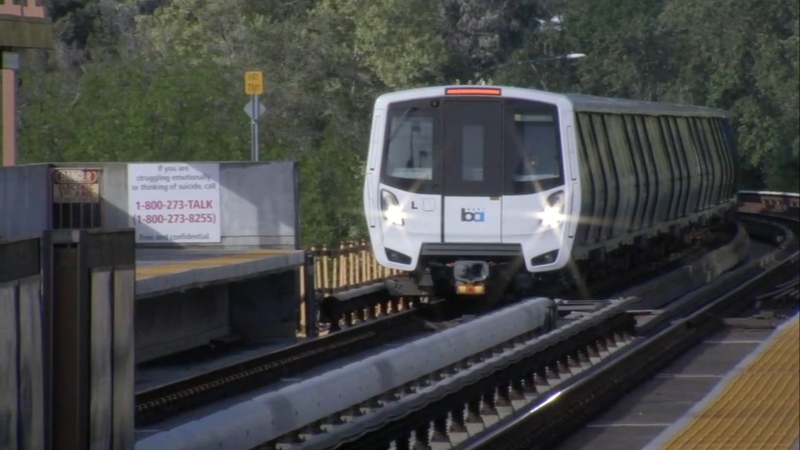 PLEASANT HILL, Calif. (KGO) -- The BART board of directors is planning for an expected increase in ridership this fall as offices and schools reopen and vaccines are widely distributed.

The board discussed plans for welcoming back riders as part of its budget talk Thursday morning at the board meeting.

The budget will be voted on in June.

The BART staff is recommending to the board that trains start coming every 15 minutes Monday through Saturday week rather than the current schedule of every 30 minutes and staying open until midnight. There was wide support for this during the meeting, although a couple of directors expressed concern that ridership will not return.

WATCH: What will it take to get Bay Area commuters back on BART? ABC7's Phil Matier gets answers from GM
EMBED More News Videos

What will need to happen for you to get back to your usual commute on BART? ABC7's Phil Matier rode the trains with GM Bob Powers to find out.

"Absolutely ready to see that happen. (Missing the train) is not the end of the world, but I try to time it, nobody wants to sit on the platform for half an hour," Amy Sunga of Walnut Creek said.

The staff is also recommending that BART spend less resources on fogging to clean the trains and instead hire more people to scrub and clean the trains. The majority of the board expressed support for this idea.

Officials said in the meeting that they have seen ridership increase in the last few weeks and they expect that pace to pick up in the Fall.

Riders say they have noticed more people on the trains.

"It's pretty full, especially on the way home. But everybody spaces out, no one has sat next to me in a year. I feel safe, I think it's time," Jennifer Boyich of Walnut Creek said.

Although many admit, they have enjoyed the extra space.

"It is very, very nice! You can find a seat and not have to smoosh on the train. It has been on my mind that I need to mentally prepare myself for the fact that BART is going to be back to getting busy at some point," Sunga said, laughing.

The schedule change would go into effect in September. Between now and then, BART will add 26 more trains into service.