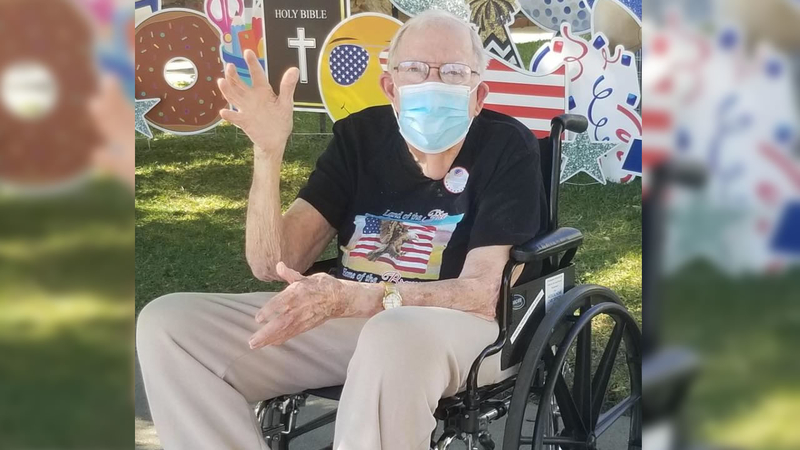 Boy Scouts unfolded an American flag in John Atwell's honor and the Honor Guard and police and fire department drove by his Sunnyvale home.

Atwell was drafted into the Army and at 19, and he fought in the Battle of the Bulge to liberate Europe from Nazi tyranny.

"Overwhelmed. Had no idea. I blame my daughter for this and my son. It's been wonderful," Atwell said.

Earlier in the week, Atwell's daughter, Julie, reached out to ABC7 News' J.R. Stone asking for help to send her father birthday cards since the novel coronavirus pandemic prevented his family from throwing him a traditional party.

Julie described her dad, "Dad served in Germany when he was 19. He entered at Normandy Beach a few months after the DDay soldiers arrived. Was an Elementary School Principal in the Redwood City school district for 40 years! A Sunday School teacher at his church for many years! Still drives a red Ford pickup and has a cabin in the Sierras! Best Father, Grandpa and Great Grandpa ever! Show him some love on his big birthday!"

Julie said cards have started pouring in ever since.

When asked about his secret to longevity, Atwell said it was his relationship with Jesus Christ.