KGO
By by Cornell Barnard
BERKELEY, Calif. (KGO) -- No shirt? No problem, under a new Berkeley proposal which would allow women to go topless.

RELATED: Should women have the freedom to be topless in Berkeley?

The amendment to the city's indecent exposure law was introduced Tuesday by Berkeley Councilman Kriss Worthington.

"I've seen women go topless at fairs and protest rallies, I don't think Police are running around trying to arrest them," said Worthington.

Topless advocates say the law is antique and sexist.

"if a man is able to show his nipples on the street women should have the same right, " said Florence Laudoyer.

The Berkeley City Council is considering changing the law.

Currently, it's a misdemeanor infraction for women to expose her breasts in public. 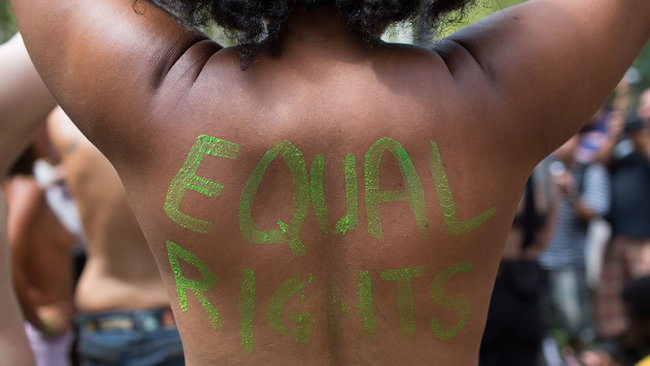 Should women have the freedom to be topless in Berkeley?
More Videos
From CNN Newsource affiliates
TOP STORIES