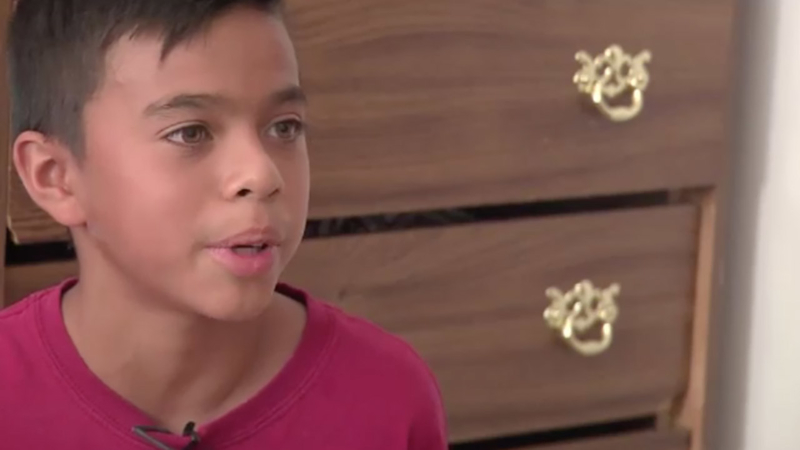 Mathew Flores is a typical 12-year-old boy. He love LEGOs, and he also loves to read.

"I just usually read the newspapers," he said.

Mathew can also get lost in what most of us consider junk mail. That's what he was doing when Ron Lynch saw him last week as he delivered mail for the Sandy Post Office in Utah.

"A young man was standing here reading junk mail," he said. "Asked me if I had any extra."

Lynch found out Mathew reads newspapers because he doesn't have any books.

"I asked him about going to the library, and he said he couldn't afford the bus pass," Lynch said.

"You know, I started reading at a very, very early age," he said. "My mother instilled reading books in me...at 12 years old, he didn't want electronics. He didn't want to sit in front of the TV playing games all day. This kid just wanted to read."

So Lynch posted a picture of Mathew on Facebook, asking his friends to send the boy some books.


"I was given many books as a child, and it's time to help someone else," Lynch wrote. "Please share and let's get him tons of reading material! Most kids his age want electronics! It's great to see his desire, and you should have seen him beam when I said I could help!"

But his plea went viral.

"It's gone from there," he said. "I've heard from the UK, from Australia, from India."

"They said these are books for you, and I thought they were mistaken," he said. "But they were for me."

And recently, Lynch made a personal delivery of more books to add to Mathew's growing collection.

Mathew says he wants to read every book.

"It's super fun and it's interesting," he said. "Plus it gets you smarter."

He also plans to share them with other kids too.