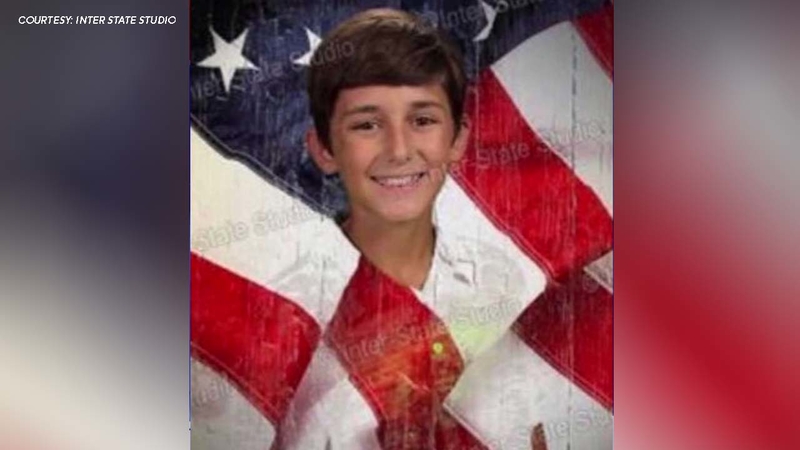 Mom Laurel Hutsell explains that she suggested her son Carter wear his green shirt for the photos because she anticipated them being shot on a darker background. Plus, he wore a darker-colored shirt for his photos the previous year.

Carter sported a neon green shirt that ideally should have popped, except for one problem. The pictures were taken in front of a green screen, so his shirt blended into the background.

As a result, the pictures show Carter's floating head and arms in various scenes, including fall foliage and the American flag.

Hutsell shared the proofs on Facebook, explaining the exchange between her and Carter after the now-viral photos were taken.

"My son: Mom, I shouldn't have worn the green shirt for pictures. It will blend in with the green screen they used."

"Me: They used a green screen? What?! I probably should have read some fine print. Maybe they will be ok."


Inter State Studio, who shot the photos, explained that they use green screen technology for a variety of different programs.

Thankfully, everyone was able to find the humor in this incident, including the studio.