Classmates step in to help boy bullied over his clothes 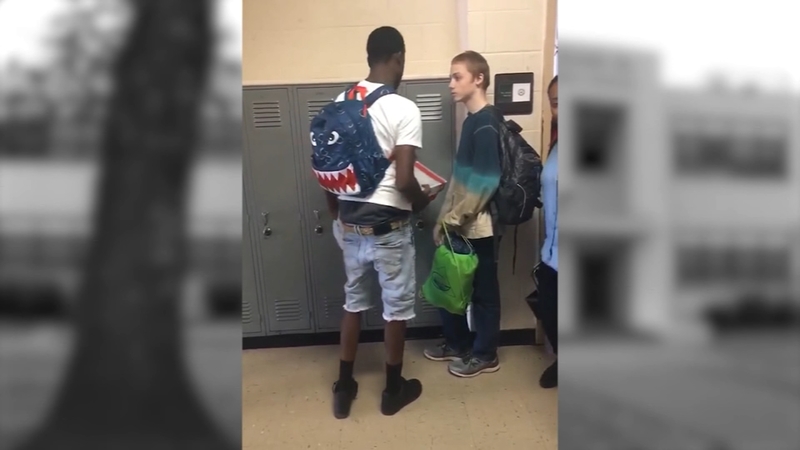 Classmates step in to help boy bullied over his clothes

MEMPHIS, Tennessee -- A high school freshman who was bullied over his clothes has a reason to smile, and it's all over a heartwarming gift from two of his classmates.

Michael is starting his first year at MLK College Preparatory School in Memphis. He says he was getting bullied for three straight weeks at what is now his new school.

"I've been bullied my entire life," he said.

He would wear the same clothes every day, and students at the school would mock him for it.

"I really don't have clothes at home," Michael said. "My mom can't buy clothes for me because I'm growing too fast."

Suddenly, what was supposed to be an ordinary Monday turned into a day Michael would never forget. He was taken out of his third period class when two of the school's football players, Kristopher Graham and Antwan Garrett, handed him a gift.

Michael suddenly froze. The gift was a bag full of shirts, shorts, shoes and more.

"When I saw people laugh and bully him, I felt like I needed to do something," Kristopher said.

Kristopher went through his closet and grabbed a bunch of clothes and sent a text to his friend Antwan for help. He admits he too was a part of the bullying, but immediately felt the need to make things right.

"He wasn't smiling or anything and I was like, 'I think this is going to make you smile,'" Kristopher said. "I told him, 'We're in the same third period, and I apologize for laughing at you, and I want to give something to you to make it up.'"

The tender moment was all caught on video, and the help isn't stopping in the halls of the boys' high school.

People from other states have seen the video and have said they want to send Michael new clothes.

"It was a weak moment for me," Antwan said. "I almost cried."

It's all thanks to two high school students who want to put a stop to bullying, and Michael couldn't be more grateful.

"You guys are the best guys of my entire life," Michael said to his two new friends.

Antwan and Kristopher said they hope they inspire others to help those in need.
Report a correction or typo
Related topics:
societytennesseebuzzworthybullyingsocial mediagiftsacts of kindnesscaught on videou.s. & worldsurprisefeel goodstudentscaught on camera
Copyright © 2021 KGO-TV. All Rights Reserved.
More Videos
From CNN Newsource affiliates
TOP STORIES