WTVD
RALEIGH -- The North Carolina Confederate Monument is being removed from Capitol grounds in Raleigh following Gov. Cooper's call for all Confederate monuments to be removed from the area.

Crews were on scene to remove the 75-foot monument early Sunday morning and were continuing to work throughout the day.

The soldier atop the monument was removed around 9 a.m. and crews began dismantling the obelisk around 1 p.m.

Around 2 p.m., the first attempt at removing the obelisk was made. The rod drilled into the statue appeared to bend while the crane started to lift the monument.

The monument was dedicated in May 1895, 30 years after the end of the Civil War.
WATCH:
EMBED More News Videos

Two Confederate monuments, including the Daughters of the Confederacy Monument and the Henry Lawson Wyatt Monument, were removed from the Capitol grounds Saturday morning.

The Monument to North Carolina Women of the Confederacy was dedicated in 1914 and was created to recognize the sacrifices of North Carolina women during the Civil War.

#BREAKING Crews have removed the Daughters of the Confederacy Monument in downtown Raleigh https://t.co/3wKvGwPbz0 pic.twitter.com/Jecu2uYQ6K

The Henry Lawson Wyatt Monument was dedicated in 1912. Wyatt is purported to be the first Confederate Soldier killed in action.

In a statement Saturday, Gov. Roy Cooper said he ordered all monuments on the Capitol grounds to be moved "to protect public safety."

This included the Daughters of the Confederacy Monument, the Henry Lawson Wyatt Monument along with the remainder of the NC Confederate Monument.

On Friday night, the monument was partially toppled. Demonstrators tore down two statues from the monument and dragged them through the streets of downtown Raleigh.
Report a correction or typo
Related topics:
societyconfederate monumentrace in americaraleigh news
Copyright © 2021 WTVD-TV. All Rights Reserved.
CONFEDERATE MONUMENT 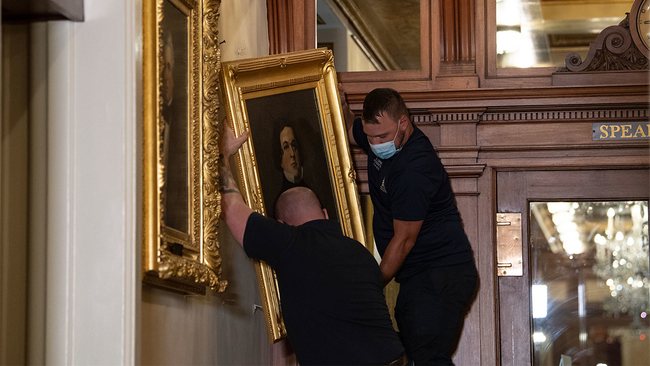 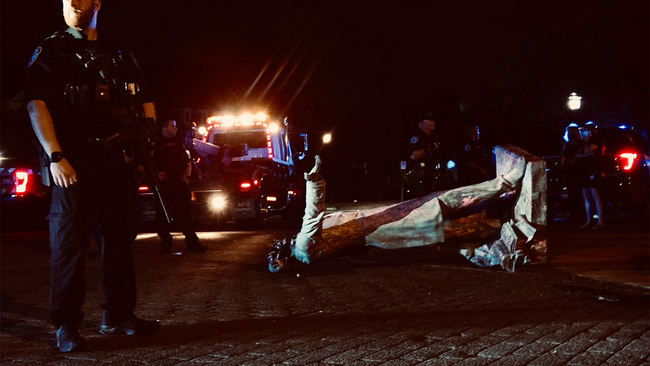