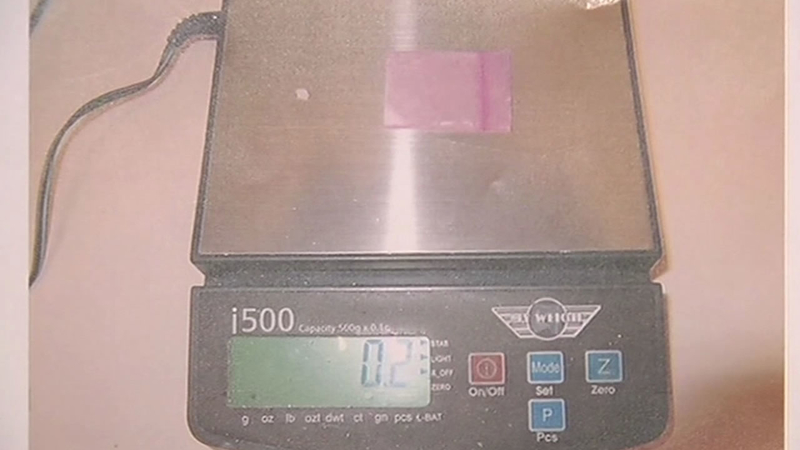 HERCULES, Calif. (KGO) -- A bag of meth was thrown into an 8-year-old's candy bag, it sounds like a Halloween hoax, but it really happened. Residents are shocked that something like this could happen in their neighborhood. The little girl was trick-or-treating in the Promenade area of Hercules on Halloween.

"I think this is a good community, so that's a surprise," said Norman Santos, Promenade neighbor.

It's hard for these people to believe that one of their neighbors may have slipped some crystal meth into a child's Halloween bag.

While examining his 8-year old daughter's candy, Hercules police say a man reported the discovery of a small, pink, plastic bag. It tested positive for methamphetamine.

"I know it can happen in any social, economic area. So as much as I would like to deny that it's not happening here, I can't put my finger on it," said Maureen Albritton, Promenade neighbor.

The pink packet contained only a tenth of a gram.

"A tenth of a gram is enough for felony charges filed for possession of a controlled substance," said Hercules Police Department Sgt. Ezra Tafesse.

Police don't know if the drugs were intentionally or accidentally dropped in the child's Halloween bag.

"It's not somebody vicious in this neighborhood. It's somebody who was stupid and made a mistake, or the child picked up the wrong bag," said Susan Keeffe, Promenade neighbor.