KGO
By Chris Nguyen
SANTA CLARA, Calif. (KGO) -- A Berkeley woman says she had an unforgettable trip to Levi's Stadium last month, one that was memorable for all the wrong reasons after she lost something near and dear to her heart.

Melanie McGee and her husband, John, can't help but get emotional. "I feel like I've let down my husband because I lost something that he gave me," Melanie said. "You haven't," John responded. "We're in this together."

Last month, Melanie was at the 49ers game against the Ravens to accept a check as part of a charity group.

Prior to kickoff, she was standing outside of the F Gate. It was warm that day, so she did what many of us have probably done before. "I took my rings off because I didn't want to get them, you know, just caked in sunscreen, so I set them down," she said.

After applying that sunscreen, Melanie went to grab her things atop a gold cart but, you guessed it, she forgot about the rings -- not realizing it until about 30 minutes later.

Thankfully, a 49ers staffer actually found her wedding ring in the street just outside the gate.

It was a momentary sigh of relief. "It's like, oh my gosh, there's hope. We found one of them, and I wonder if we can find another one," she said.

Unfortunately, the engagement ring was nowhere to be found. 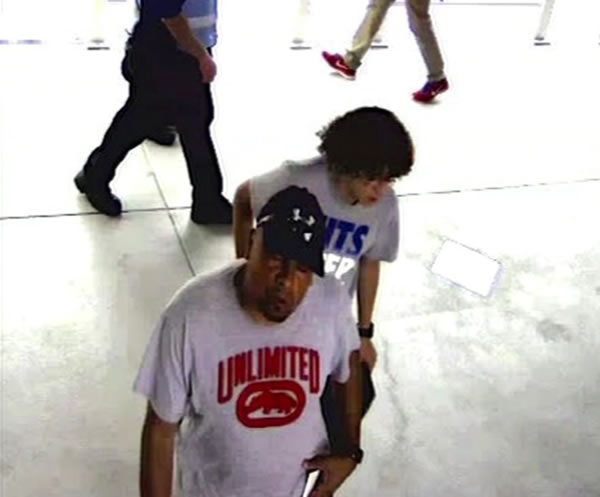 Santa Clara police are asking for the public's help to identify these two men who were in the area when the ring went missing.

But in pictures provided by Santa Clara police, they're asking for the public's help to identify two men who were in the area when the ring went missing.

The investigation is ongoing. Meanwhile, Melanie says she's thankful for the detectives who have been working on her case.

"You cannot go back in time so there's really nothing that I can do other than what I've already done and what I'm doing now, to try and find this," she said.