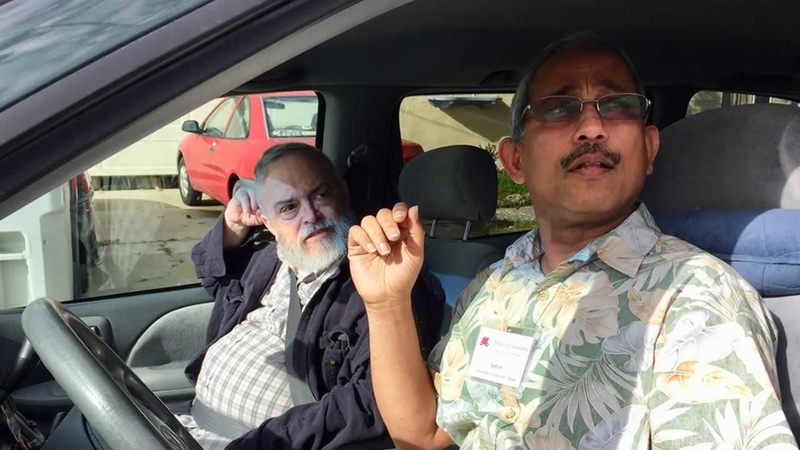 Drivers for Survivors is a free service for cancer survivors, that not only provides a practical service, but also emotional support.

FREMONT, Calif. (KGO) -- It's a free service for cancer survivors that not only provides a practical service, but also emotional support. "Drivers for Survivors" has already given cancer patients 13,000 rides in their first five years and they're about to expand to several more cities beyond its roots in Fremont, Newark and Union City.

It's a day that Fremont's Craig Texera might otherwise dread, yet another trip to the doctor, another visit among many along his difficult journey as a bone cancer survivor.

But on this day, Texera's trip will be a bit easier because he knows he won't be alone.

"The ride is the obvious thing, you really need the ride," explained Texera as he waited on the porch of his home, "but they have empathy and concern for people who have cancer."

Texera is among a growing number of Bay Area cancer patients benefiting from a program called "Drivers for Survivors."

Soon, Texera's driver for this trip rolls up in a green mini-van. Volunteers like Satish Kamath commit to not only picking up and delivering patients to their appointments, but they also provide companionship along the way.

"I try to cheer them up with whatever distraction I can and I'll say 'Hey, did you see the ballgame yesterday?'" explained Kamath.

Now in its fifth year, Drivers for Survivors is expanding beyond the Fremont/Newark area to several more communities including San Leandro, Castro Valley, Hayward, Ashland, Cherryland and San Lorenzo. The non-profit has also formed a partnership with Kaiser Permanente.

"Drivers for Survivors" was founded by Sherry Higgs, a breast cancer survivor who continues to serve as the non-profit's executive director.

"This is not a drop and roll, it's a door through door service. We bring people in for their appointments, sit with them, make sure they're comfortable."

It's that kind of emotional support from Drivers for Survivors that has made Craig Texera's rough journey at least a little smoother.

"It's very nice...and like I say, everybody is just, really kind." explained Texera.