That's something you hear often among homeless youth who gather along Haight Street.

Justin O'Briain is one of those young people. He grew up in Montana and arrived in San Francisco a few months ago.

"Nobody comes into a city and says 'Hey, I want to sleep in a gutter every single night," says O'Briain, who has been living on the streets for the past three years.

San Francisco is an attractive destination for people without a home.

"A lot of these kids come out of foster care and have nowhere to go. The larger percentage is LGBT youth that have come out to their parents and are no longer welcome in their homes, so they come to San Francisco, which is queer friendly," said Christian Calinsky, who runs Taking it to the Streets, a program that offers job training and housing for young adults in the Upper Haight area.

Calinsky was homeless himself since the age of 12. He fled an abusive home and lived on the street for more than 20 years. He started Taking it the Streets as a food program four years ago.

"The kids work five days a week, five hours a day. They clean about 70 city blocks up here in the Upper Haight. They do graffiti abatement. They sweeps streets. They pick up poop. They are ambassadors to the neighborhood," said Calinsky.

The program helps young people between the ages of 18 and 27. Calinksy calls them a forgotten generation. In exchange for the work, the young people get housing and other benefits, like a food card, a Muni pass and guidance with education and other opportunities.

Taking it to the Streets opened an office on Haight Street a few months ago and currently provides emergency housing for 63 young people.

The organization just launched a crowdfunding campaign on HandUp to raise $50,000 that will be used to offer food, bus passes and housing.

"The Haight has always led by example," said Sunshine Powers, who runs Love on Haight, a Summer of Love themed clothing store. She helps run Taking it the Streets.

"50 years ago we strived for healthcare as a right not a privilege. We have to look at housing being a right and not a privilege. Food, shelter, water. Those are the basic needs of a human. Everyone deserves that."

Mendez got connected to Taking it to the Streets last October. She had been homeless for several years, since she fled her home at age 17.

"I was dealing with a lot of physical and sexual abuse. And I would rather sleep in the snow than stay at my home," said Mendez, who went from Missouri to Arizona and came to San Francisco in September.

"A lot of people in our generation have split up families. Have families one mom. You'll hear all kinds of stories."

Mendez says Taking it to the Streets has been a life saver.

"I have this food cart. I have this bus pass. I can get to where I need to go. I am showered now. I can do job interviews," said Mendez.

Mendez is preparing herself to go to college. She landed an internship at a job training program.

"Most programs are about hammering you into shape. This program is about come to work. This program gives a person room to flower and stay bloomed,"" said David Rodriguez, who has been dealing with homelessness for 12 years.

Click here to make a donation to the crowdfunding campaign. 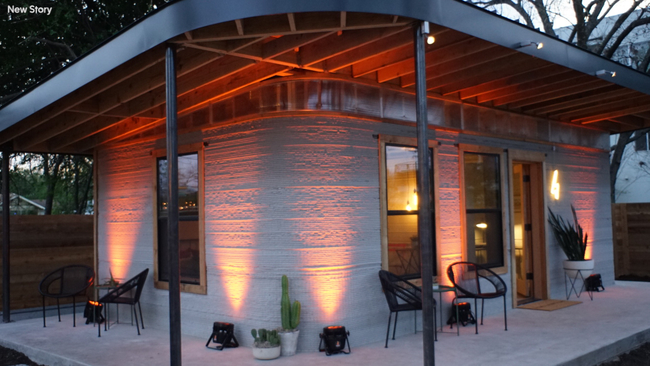