When a toddler vowed to stop crying because none of his superhero role models do, his mother made her own coloring book with the superheroes showing their sensitive side. 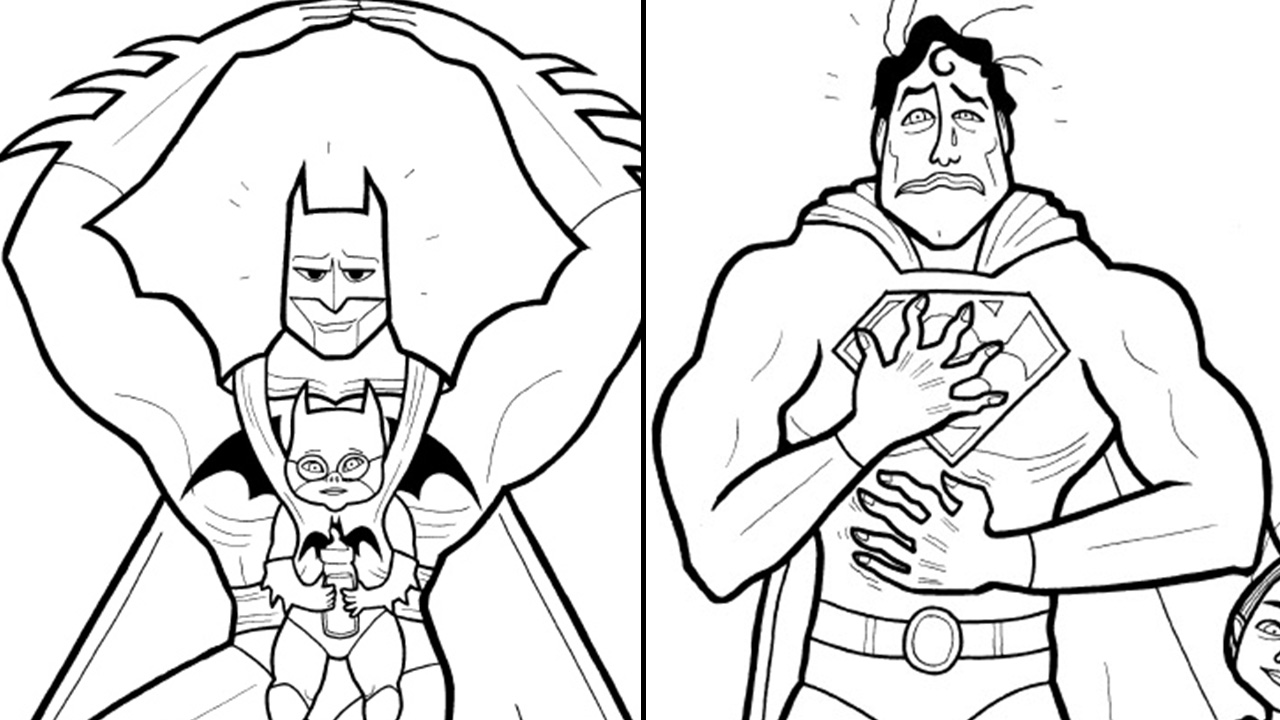 Illustrator and cartoonist Linnea Johansson, 29, posted the coloring book on her blog, denouncing the idea that men could not show their emotions or flaws.

"I don't know why but being sensitive as a boy is equivalent to being a girl, and that is actually an insult in society today, which to me is absolutely wrong," Johansson wrote in an email to ABC. "Boys need sensitive heroes to identify with, I just think a three year old shouldn't have to think about these things. They should climb trees and be kids."

Wanting to present a new example for her son and other young boys, Johansson depicted popular superheroes like Spiderman, Superman and Batman as being vulnerable, soft people "to give the kids some alternatives."

"Boys learn from their role models to act tough and aggressive and that showing vulnerability or emotion is equivalent to being weak" wrote Johansson. "They are taught through these role models to 'man up' and that 'boys don't cry.' Girls on the other hand learn early on that their greatest assets is to be beautiful."

Johansson, who is from Sweden and lives in Norway, told ABC that there was a massive response in Scandinavia after only three weeks of posting the coloring book online. In Sweden, the book is now being used in kindergarten classrooms. Johansson says the kids love her depictions, and even send her their own sensitive heroes. 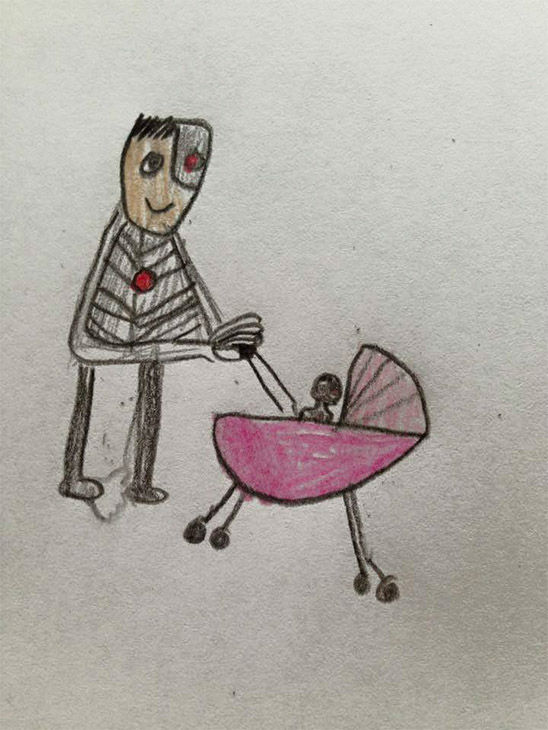 A boy named Wilmer sent Johansson his own sensitive hero: A cyborg taking a stroll with his baby.

In the next few weeks, Johansson plans to release another coloring book depicting princesses as strong and independent women, with less focus on their looks.

For Johansson's next coloring book on strong princesses: Sleeping Beauty saying "no" to the prince who kisses her while she is unconscious.

Recently, the illustrator received an email from a 5-year-old girl undergoing treatment for leukemia, asking Johansson to create a bald princess who wears a variety of wigs. This has inspired her to also create a coloring book of ill heroes and princesses and distribute them to children's hospitals all over the world, to give the kids something to relate to.