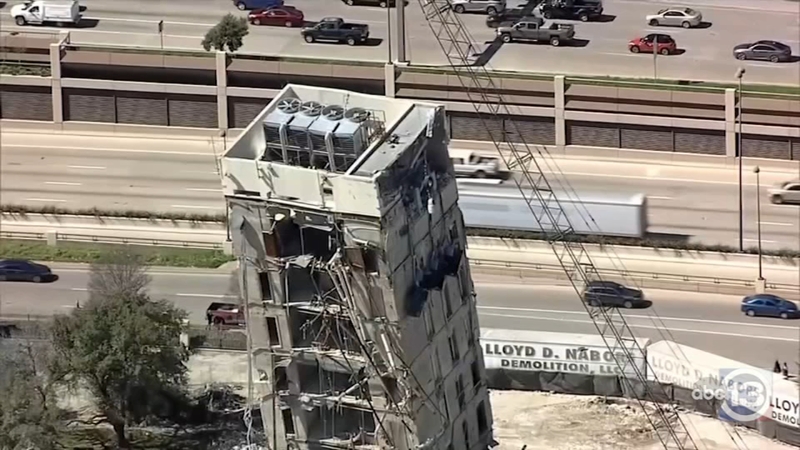 DALLAS, Texas -- After a failed attempt to implode a high rise office building in Dallas, crews are trying again to knock it down.

The attempted implosion happened last week, where much of the structure did come down, but a part of the tower remained standing.

"You could see the building fall down, and then that tower there just kind of stopped. And everybody went, 'Oh no.' And there it is. It's still sitting there. Amazing," said Ed McAndrew, who was an onlooker to the attempted demolition.

But even a high-reach excavator brought in after the implosion couldn't get the job done.

It's time to come down!