SAN FRANCISCO (KGO) -- It's that time of year, when thousands from around the world descend on San Francisco for JP Morgan's annual healthcare conference.

But with that, comes complaints.

A report from Bloomberg News shows how attendees of the conference continue to complain about San Francisco's high prices (with some hotels reportedly as high as $2,000 a night) -- and the homeless crisis. One attendee said she feels "unsafe walking around at night."

ABC7 News spoke to attendees of the conference at the Westin in Union Square.

"Too expensive, too expensive," Emerson Van Der Goltz, an attendee from Brazil, said. "Everyone from the company was complaining it was too hard to get hotels that the prices were really, really high."

Other attendees said their rooms were at least $400 a night and that some hotels were charging thousands of dollars to rent conference rooms.

"I think it is something to be considered," Van Der Goltz said when asked if he would second guess coming back to the conference in San Francisco.

The complaints are not isolated. Oracle announced last month they are moving their conference from San Francisco to Las Vegas. That's millions of dollars in lost revenue for the city.
"Of course I'm concerned," San Francisco supervisor Matt Haney said about the complaints. "I mean, the city definitely has a responsibility to do better to address these problems, but these are also a consequence of economic inequality and I don't think the bankers are separate from that."

"So," he continued," I hope that at their conference they had some communication and some conversation about how they can invest in communities right now that are suffering."

Some longtime attendees have taken a more pro-active approach. A group has launched a GoFundMe to raise money to help San Francisco families facing homelessness.

And not everyone has complaints.

"I get the criticisms," Alan Kittner, a Bay Area resident who attended the conference said, "But there's so much about this city to be here."

JP Morgan CEO Jamie Dimon was asked by Fox Business whether he would consider moving this conference out of San Francisco. He said the city is not "quite that bad." He did, however, say San Francisco has been hurt by bad policy and said the bank plans to become "deeply involved" in the city. 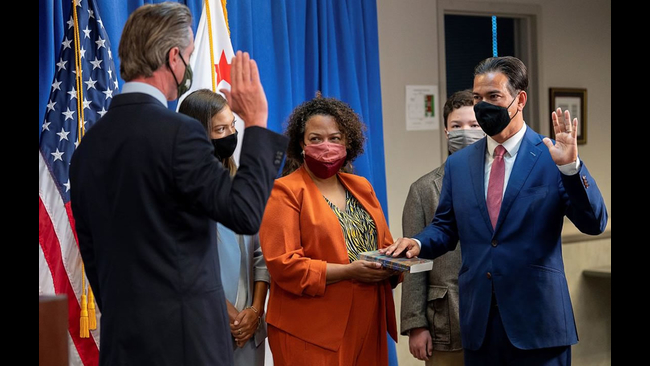