Korean War Memorial in the Presidio to be unveiled 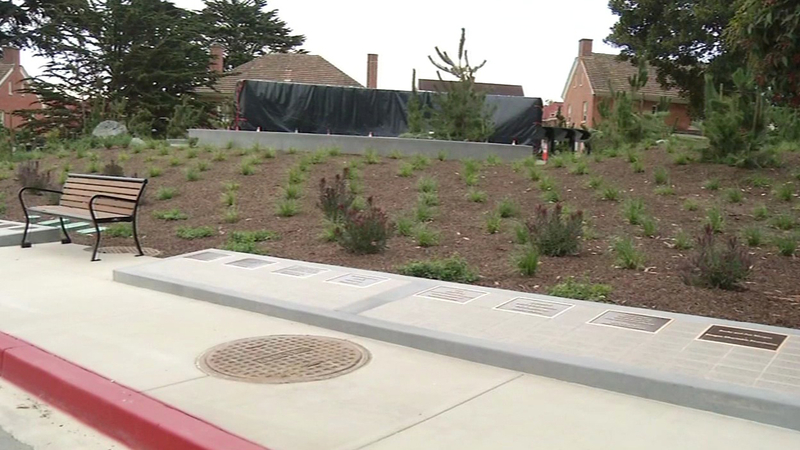 SAN FRANCISCO (KGO) -- The Korean War Memorial in the Presidio in San Francisco will be unveiled Monday at 10 a.m., the culmination of a seven year effort. It's the first major monument on the west coast dedicated to the so-called Forgotten War.

People from all over the world will be at the Presidio for this very special occasion. The memorial's safely been kept under wraps, but underneath are iconic images from the Korean War, including a famous image from the battle of Inchon, the turning point of the 1950's conflict. It shows 25 year old Marine 1st Lt. Baldomero Lopez climbing over a seawall minutes before he was shot by enemy fire. But what ultimately killed him was the blast from a hand grenade that he pulled under his body to protect nearby Marines.

"To me it takes a special type of person to be able to do that," said Mike Lopez, war hero's nephew.

Lopez is the nephew of Marine 1st Lt. Baldomero Lopez. One of his favorite photos is of his grandmother holding his uncle's posthumous medal of honor, the military's highest honor.

"My grandmother was always like, this is for all the guys that lost their lives, not just him," said Lopez.

And that's what the Korean War Memorial is all about, a dedication to the nearly two million men and women who fought to protect South Korea during the war. It's located just outside the National Cemetery in the Presidio, where 2,000 Korean War veterans are buried.

Stevens helped lead the seven year effort to get the memorial built. He says San Francisco is the ideal location.

"San Francisco was the departure point for many, many of the Americans. It was also the ending point. I came back to San Francisco," said Stevens