KGO
By by Katie Utehs
MARIN, Calif. (KGO) -- The granddaughters of a 98-year-old Rosie the Riveter are fighting her eviction, but Marin Housing said she needs to be moved for health and safety reasons.

"She's a person that has done some good for our community and for our country 'cause she's a Rosie," said Juanita Edward, in the living room of her grandmother's Marin City Unit.

In black and white pictures you can see Annie Small chin high, flanked by her two brothers and as tough as the rivets used during WWII. She moved to the Bay Area from Louisiana in her early 20's, worked as a Rosie during the war, raised children, grandchildren, and more than 30 foster children.

But at 98 years old she's tired and ill.

"Her mindset is this is where I'm going to live out my last days," explained Fatema Marcus, another of Small's granddaughters.

This is the eviction notice charging 98-year-old Annie Smalls to leave her Marin public housing. Her granddaughters are fighting for her right to stay. https://t.co/qDf0ez0ETa pic.twitter.com/jOPf7eN9Zz

The granddaughters say Marin Housing has been working to move Small since last June, but she wants to stay in her unit at Golden Gate Village in Marin City.

Up until a stint in the hospital and acute care facility this fall Small was living independently. Since returning home she's had a caregiver 24/7 according to the granddaughters.

Then last month Edward and Marcus received an eviction notice.

"I couldn't believe it. I was shocked," said Edward.

Small's lived in the two-story, three-bedroom, one-bath unit for 45 years. The bedrooms and bathroom are on the second floor. The Marin Housing Authority says it's a safety concern and has been trying to move her into a single level unit.

"We haven't let her know that she has had a 30-day notice. We haven't told her that, that would just crush her," said Marcus.

Small stays in a hospital bed in the living room on the first floor of the unit. While ABC 7 News Reporter Katie Utehs interviewed Small's granddaughters, she mostly slept and appeared frail. Her caregiver says she's bedridden and fighting a respiratory illness.

"We believe that the Marin Housing Authority should honor that protection by backing off and rescinding the 30 day notice," said Paul Cohen, an attorney who specializes in tenant's rights.

Marin Housing's Executive Director Lewis Jordan tells ABC 7 the issue has always been about Small's health and safety. Jordan says his office received several letters from outside agencies expressing concerns about Small's use of the stairs. The eviction notice outlines the agency's efforts to work with the family to place Small in a unit more compatible for her needs.

"There are five caregivers that come in around the clock so she is taken care of," said Edward.

Jordan says the agency is eager to work with the family to keep her in her current unit. He's concerned the stress of a move may be more detrimental than beneficial. The granddaughters, Housing Authority, and attorneys are scheduled to talk in person next Tuesday.

Continue scrolling to read the letter from the Housing Authority regarding Annie Small's eviction:
Thank you for your email expressing your concern for Ms. Annie Small.

I want to first make it very clear that no eviction has been filed against Ms. Small in court. As a matter of fact, there has been for a long period of time, and continues to be, an opportunity for MHA, Ms. Small, and her family to come together to find the best housing solution for her in Golden Gate Village.

We share your concern for her need of housing that supports her health and safety in Golden Gate Village, however we are unable to discuss the specifics of Ms. Small's situation without a signed release from Annie Small herself giving permission for us to discuss the details of this situation.

Ms. Small lives in a 2 story unit that has bedrooms and the bathroom up one flight of stairs. While much has been implied about the Marin Housing Authority's approach, our sole reason for taking any action to move Ms. Small to an apartment on one level is to safeguard her physical well-being. We hope that she will agree to move into an apartment in Golden Gate Village that does not require climbing stairs to access her bedroom and bathroom.

MHA's mission is to provide affordable housing to people in need, and in certain situations MHA must contemplate taking actions to ensure the health and safety of its residents and the community.

Ms. Small's health and physical security is of paramount concern to MHA. Her current unit does not provide her the physical security that a unit without stairs would. I encourage you and others to take the time to understand the full situation, and request of Ms. Small's relatives that they share with you and others the actual documents that MHA has provided to the family regarding this situation.

Like you, MHA shares your concern for Ms. Small. We continue to look for ways to support her and provide the most appropriate housing, and we appreciate the outpouring of concern from the community. We look forward to continuing conversations with Ms. Small and her family. 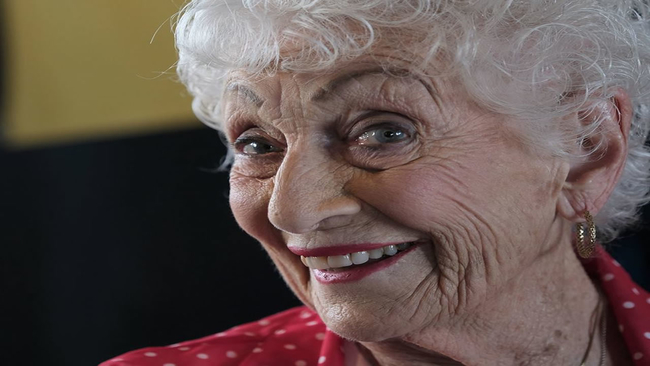