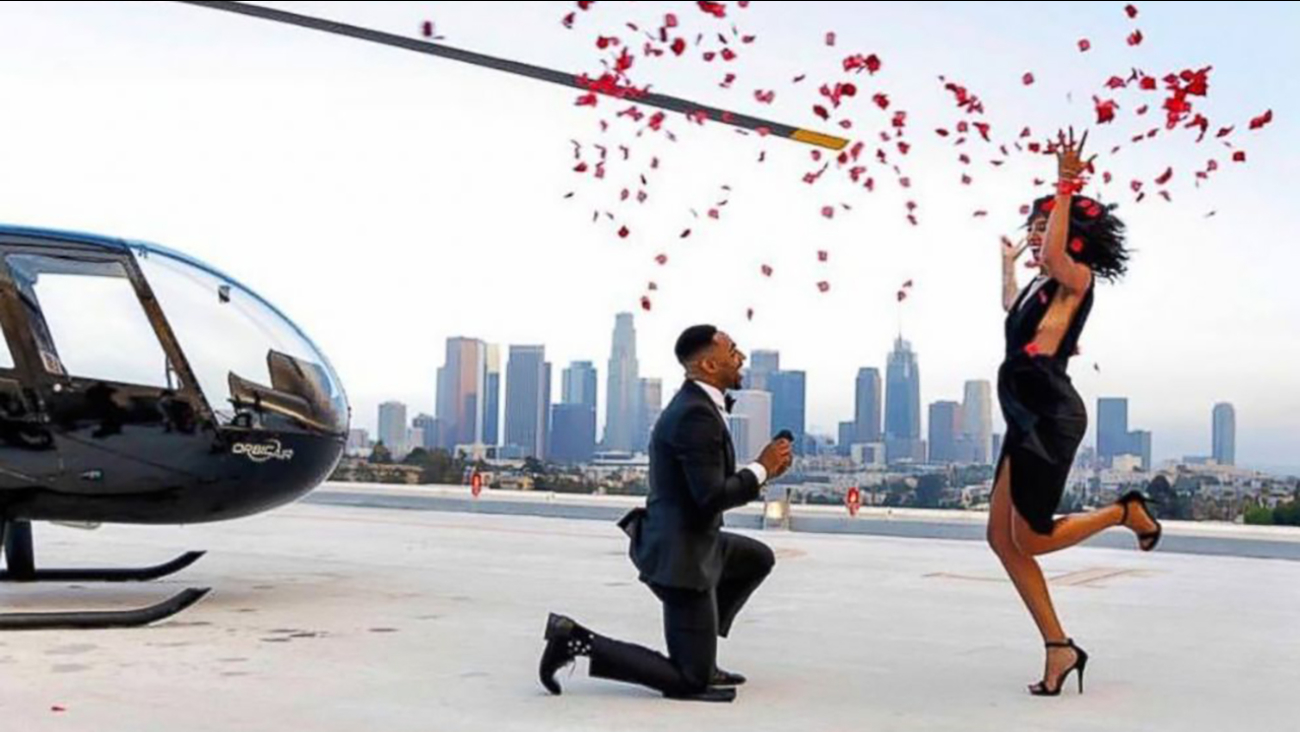 ABCNews
LOS ANGELES -- One man's proposal took months of planning to get it just right, but in the end it was definitely worth it.

Kornelius Bascombe, a television producer for All3Media, said he wanted to do "something crazy and out of control" for the proposal to his girlfriend of four years, Rachel Jordan.

So he hatched a plan to create a fake photo shoot, overlooking downtown Los Angeles. He even purchased several dresses a month before, just so that Jordan would have the perfect outfits for their shoot.

Kornelius Bascombe, 27, proposed to his girlfriend of four years, Rachel Jordan, 23, with a breathtaking rooftop view in Los Angeles.

Jordan, 24, was none the wiser as a photographer and videographer filmed the entire thing, including one breathtaking moment when Jordan throws rose petals in the air.

Jordan said she's still in shock and that it was an amazing proposal.

Kornelius Bascombe, 27, proposed to his girlfriend of four years, Rachel Jordan, 23, with a breathtaking rooftop view in Los Angeles.