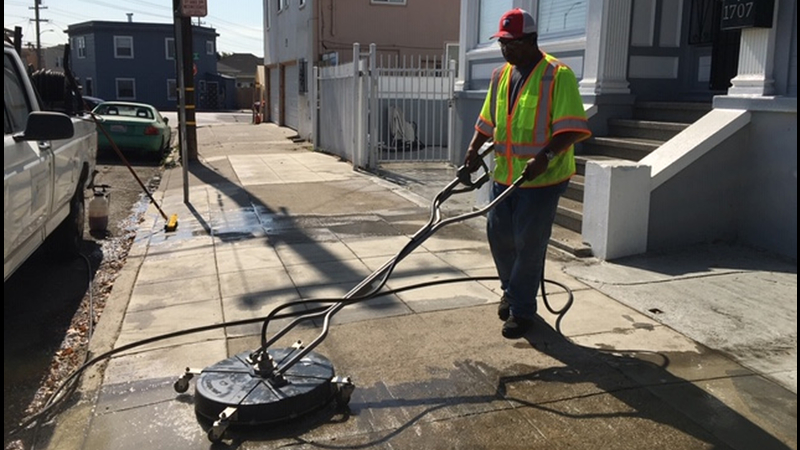 OAKLAND, Calif. (KGO) -- There was a time in his life when 68-year-old Curtis Norris didn't know if he'd ever have another chance, a clean start in an otherwise troubled life.

Raised in the Bay Area and a graduate of Hayward High, Norris turned to drugs as a young man and almost never made it back.

Fifteen years ago, he made a terrible mistake, while high on alcohol and crack cocaine.

"In 2003, I was responsible for the death of a friend of mine," explained Norris.

Convicted of voluntary manslaughter, Norris spent 10 years in prison. When he got out three ago, he knew he never wanted to go back.

"I was one of those people who was a sad human being," he said, "and I got sick and tired of being sick and tired and I just didn't want it anymore."

In 2015, Norris got his first $5,000 loan from a nonprofit zero-interest loan program called Kiva. The money allowed him to buy his first truck, a generator and equipment to start his own business called Metro Mobile Power Wash.

“I was one of those people who was a sad human being...I just didn’t want it anymore. Oakland’s Curtis Norris turned his life around after a stint in prison, now helping others through his business. @Kiva @LibbySchaaf @CityofOakland pic.twitter.com/8d8Nk1vKyJ

"I made a decision that if the good Lord saw me through this, I would not go back to the way I was," recalled Norris.

"We have more than 20,000 people who have lent Oakland entrepreneurs money through Kiva," explained Oakland Mayor Libby Schaaf, a trustee and avid lender on the Kiva Oakland app.

"I want a more just and equitable economy here in Oakland," said Schaaf. "This allows us to give people access to capital who have been shut out of traditional lending."

Norris now has more than 20 regular clients and he hires other people like him, ex-cons trying to turn their lives around. He also hopes to inspire them.

"There is hope, you've just got to take the time to find it," said Norris. "Don't give up."

For more information about the Kivia program click here.