The march continued through the auto mall at Telegraph and 30th and car windows were smashed at the Chevrolet and Honda dealerships. Someone even set a car on fire.
PHOTOS: Cars burned, windows smashed in Oakland protest 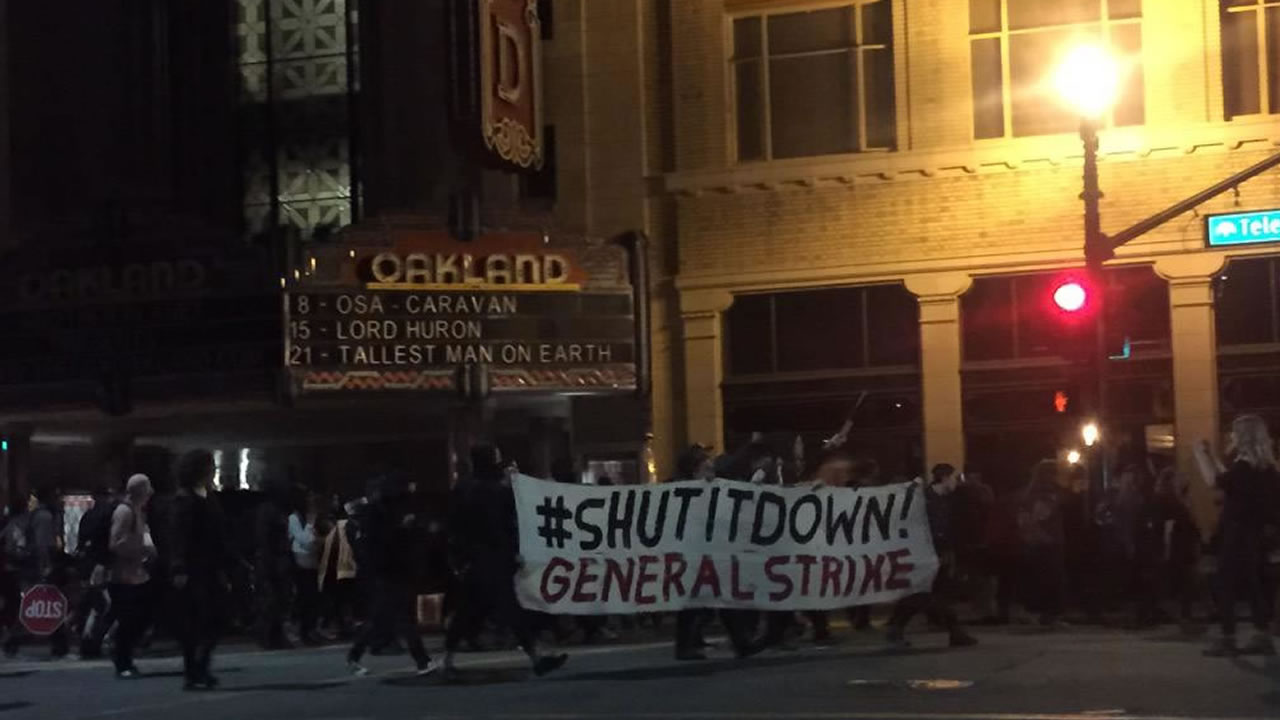 PHOTOS: Car burned, windows smashed in Oakland protest
A crowd of about 400-500 marched through Oakland streets Friday evening and some significant damage was caused.
There was at least one arrest related to the protest and in total police say there were nine arrests Friday night. 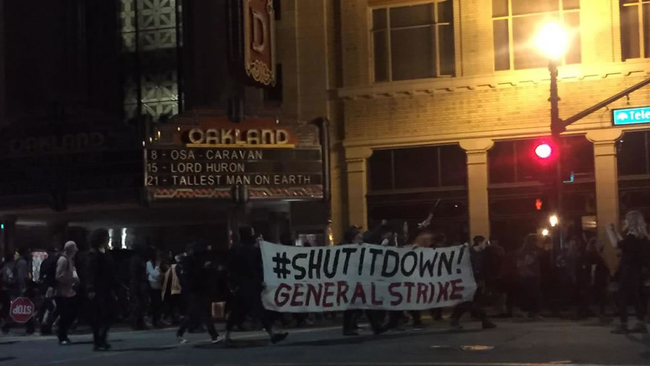 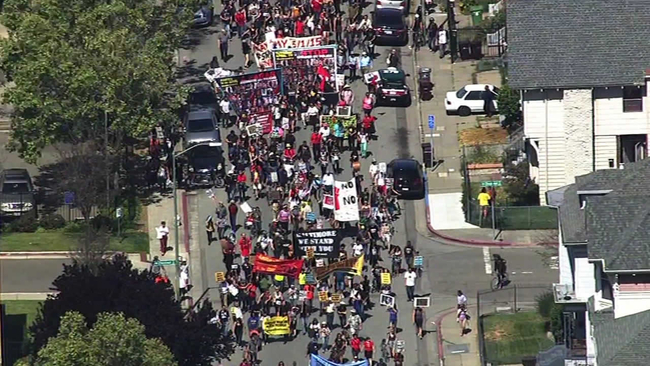 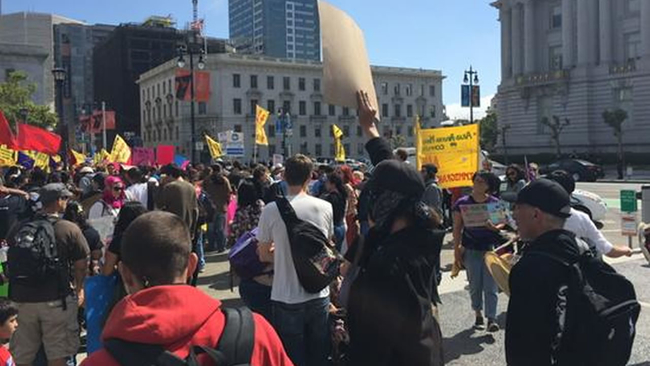 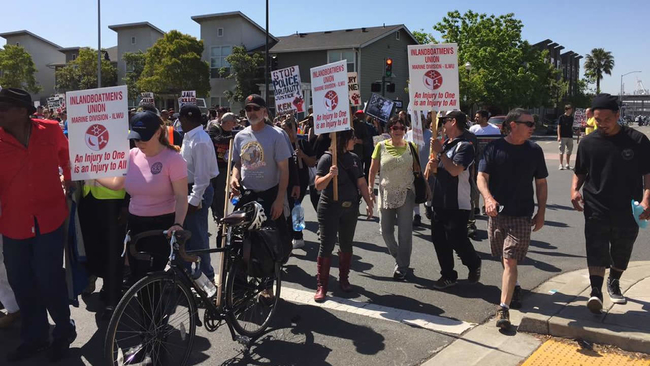