President Obama pardons National Thanksgiving Turkey Abe, during a ceremony in the Rose Garden of the White House in Washington, Wednesday, Nov. 25, 2015. (AP)

Pres. Obama before pardoning turkeys ahead of #Thanksgiving: "America is after all a country of second chances." pic.twitter.com/8AwDerS13K

Pres. Reagan was first US president to officially "pardon" a turkey ahead of #Thanksgiving: https://t.co/1YvwzYuX8U pic.twitter.com/MI3CTyBiQw


Social media is buzzing over the event. But not about Honest and Abe, about how grownup Sasha and Malia Obama look! Here's a photo from them at the turkey pardoning in 2009. 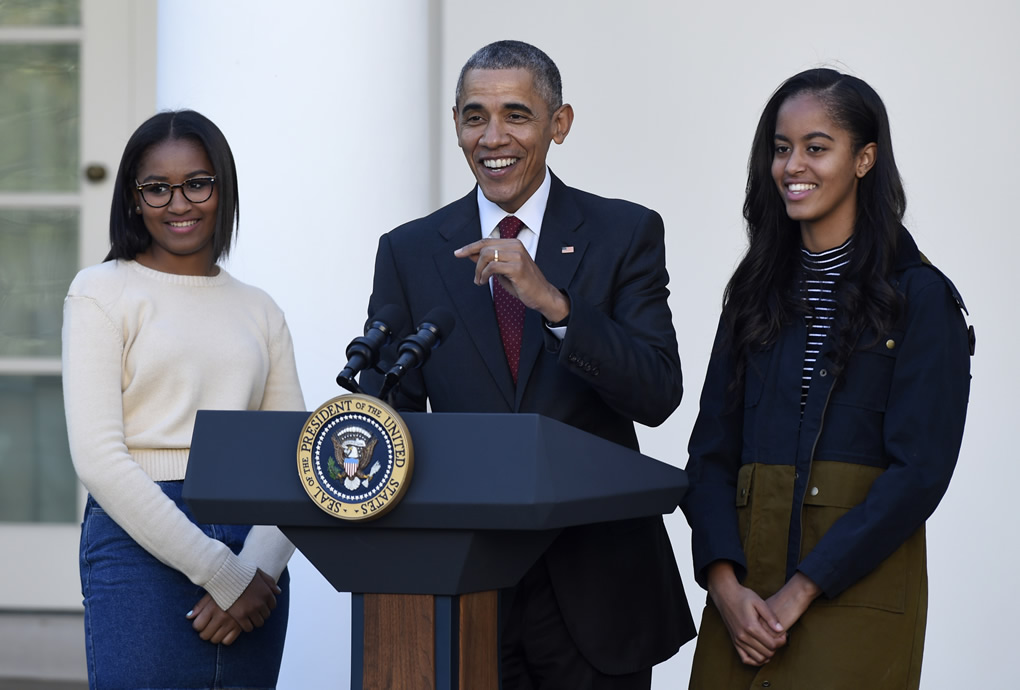 Presidential turkey flies to Washington DC on Turkey One