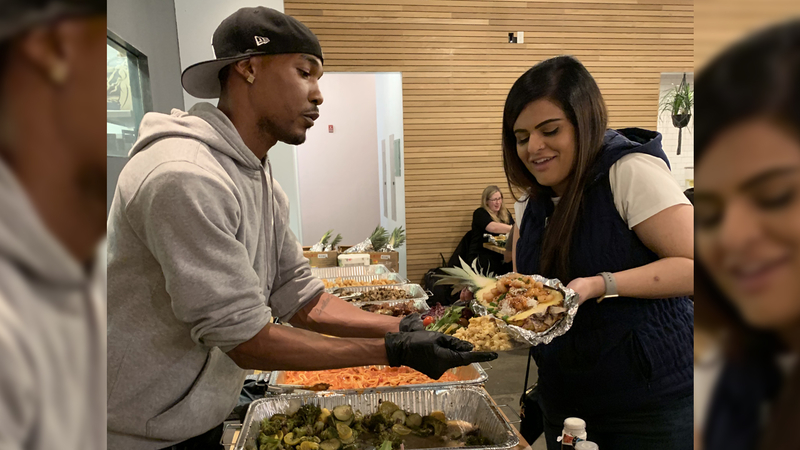 The road taken by best friends Malachi "Spank" Jenkins and Roberto "News" Smith to the Isla Vida Afro-Caribbean grill restaurant on Fillmore Street is one nobody ever would have imagined.

"You never plan to go to jail, but I got tired of that," says Smith.

Up until five years ago, these self-described gang members of the Crips and Bloods weren't selling food but instead selling drugs and getting into trouble.

"You would put smiles on peoples faces but it wasn't for the right reasons," says Smith.

One day, when they were short on cash, a crazy idea came to mind. Inspired by grandma, instead of selling drugs, they decided to sell food. At first from her home, then out of a tiny apartment.

With the help of Instagram (and their quarter million followers) and high-profile fans including Snoop Dogg, Gucci Mane and Martha Stewart, the unlikely popup sensation Trap Kitchen was born.

"There were undercover agents outside my house trying to figure out what we were selling. When they went inside they found pineapples!"

The pineapples to make their famous pineapple rice bowls couldn't be a further cry from the gang activity they did in their former lives.

Inside Isla Vida restaurant it's a sold-out crowd. One woman is beaming ear to ear and explains how the event brought her family together.

"I had never heard of them before, I called my daughter and she said oh yeah I follow them on IG, let's go!"

Richard Campbell the 3rd came all the way from Los Angeles to be here and says, "The hype is worth it!"

RELATED: Foodie mom dishes up healthy recipes for the Bay Area and beyond

The dynamic duo have this message for anyone who dreams of the impossible.

"You don't have to be an athlete or a rapper just to get out. You can pick a career and play yourself up and be as big as you want to be."

You can find a list of their popup locations and a bestselling cookbook at www.trapkitchen.com. They hope to open up a brick and mortar location in the near future.
Report a correction or typo
Related topics:
societysan franciscofoodcookinggood newsgang
Copyright © 2021 KGO-TV. All Rights Reserved.
More Videos
From CNN Newsource affiliates
TOP STORIES