KGO
By Kris Reyes
SAN JOSE, Calif. (KGO) -- A lunch time rally at a McDonald's in San Jose called on the fast food company to give their workers a minimum wage of $15 an hour across the country.

McDonald's employees in San Jose already make $15 per hour. Many large businesses in California have to pay at least $12, with places like San Jose already passing laws for higher than that. 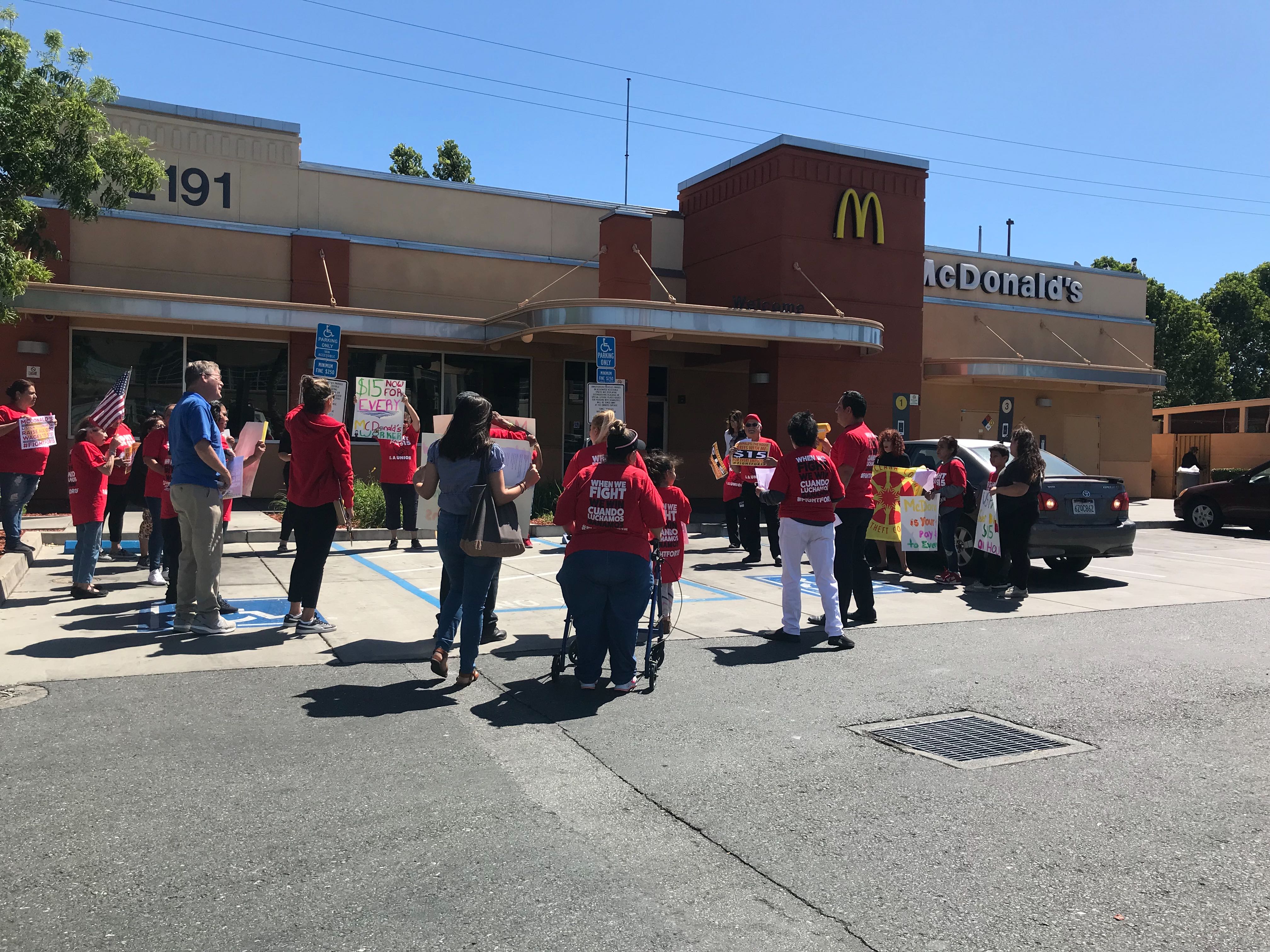 The rally in San Jose is meant to unite with workers across the country fighting for $15 and to celebrate the "Raise the Wage" act that passed in the House of Representatives on Thursday. The bill would make the federal minimum wage to $15 per hour.

At the rally, one worker from Oakland who makes $13.80 per hour at McDonald's shared her pain of not being able to provide for her children and the struggles of living in a one room house.

"I feel sometimes as a failure," she said in tears.

Brian Wheatley, a trustee with the San Jose Unified School Board who was at the rally in support of the workers, says he sees too many parents sacrificing for their kids.

"When you're working two or three jobs, that has to come first. You can't come to a parent-teachers conference, so I totally understand, but they need to be able to focus on more than just working," Wheatley said.

"It's been a very hard fight. Years ago they just laughed at $15, they didn't take it seriously at all," she added.
Report a correction or typo
Related topics:
societysan josemcdonald'seconomyminimum wage
Copyright © 2021 KGO-TV. All Rights Reserved.
More Videos
From CNN Newsource affiliates
TOP STORIES