Santa Clara woman in the running for Miss America

KGO
SANTA CLARA, Calif. (KGO) -- This year's Miss California is 22-year-old Jessa Carmack, a Bay Area native who was back home for a few days to get ready for the competition.

Carmack won the Miss California title in July, and even though she appeared stunned when her name was announced, plenty of people behind the scenes saw it coming.

Dance coach Missy Revino still remembers the moment six years ago when she saw Carmack in her first pageant. Revino is a board member of the Miss Santa Clara organization where Carmack entered the teen competition. "She was 15 going on 16, and when we saw her walk on stage we knew she had a little something extra," said Revino.

Carmack had been competing in gymnastics, but when she was a sophomore at Wilcox High School in Santa Clara, she decided to try a pageant instead, hoping to win a college scholarship.

"I had no idea really what I was doing," Carmack remembers. "We had to do a talent and I didn't know how to choreograph a talent." She eventually decided to do a cheer routine, wearing her high school uniform.

It was a big change for a family that had been focused on sports. "We wear our football sweatshirts, our baseball jerseys. So it was a lot different. It was a lot more rhinestones and sparkle," said Macadeg.

Carmack says the confidence she got from doing pageants spurred her to try to be a 49ers cheerleader, something she had dreamed of since she was little. Her senior year in high school, Carmack made the squad and "got to experience a dream that not a lot of people get to experience."

She was a 49ers cheerleader for three more years while she went to college at San Jose State University. She graduated early and went back to the pageant world, where she started winning again.

Carmack has been Miss Santa Clara, Miss Mission Cities, and Miss North Bay. When she won Miss California, it brought her total scholarship winnings to more than $35,000.

Sunday night, a new Miss America will be crowned - and you can watch it on ABC7 starting at 9 p.m.

Pageant winners all black women for the first time 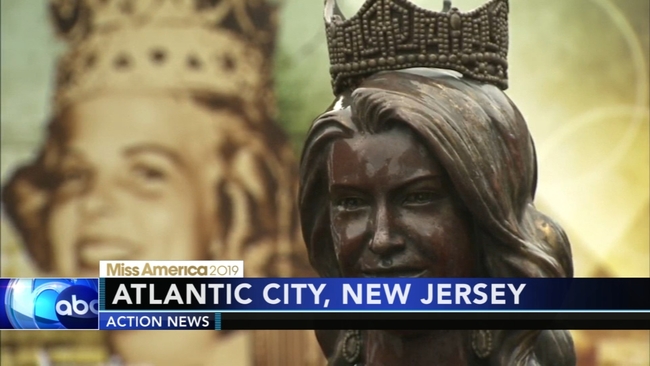