Andy's Unity Park on Moorland Ave was built on a vacant lot where Lopez was shot.

"This is a beautiful place, I hope it will heal the wounds of what's happened here," said Santa Rosa resident Cliff Nakamura.

The four acre Sonoma County regional park cost $3 million to build. It features a memorial to Lopez and a bronze sculpture of his face.

"We keep fighting for justice, that cop is still on the streets, the family will never get their son back," said Lopez' friend Tony Guerra.

Deouty Erik Gelhaus was cleared by the Sonoma Co. DA of wrongdoing in the shooting. Investigators say Andy Lopez was carrying an airsoft BB gun which resembled an AK-47 rifle. Investigators say the deputy opened fire when Lopez turned and raised his weapon.

The Lopez family attended the dedication ceremony but did not speak to the crowd. The family helped to release white doves, a symbol of peace. 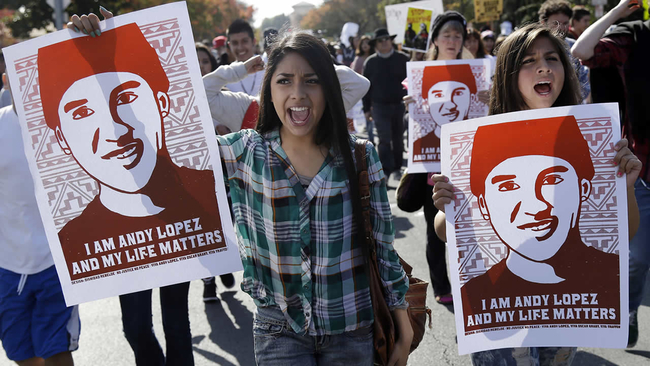