KGO
By Lyanne Melendez
SAN FRANCISCO (KGO) -- Like every year, thousands of people gather in San Francisco to celebrate Pride Weekend. This year, there's special attention to security with the recent terrorist attacks in Europe.

Police in the Castro District are making sure they are seen. This Sunday, every San Francisco police officer will be on duty for the Pride Parade.

"We're on foot, we're in uniform, we're in vehicles, we are going to be able to respond to any situation anywhere throught the city," SFPD spokesperson Robert Rueca said.

The FBI will also have a presence this weekend. That agency said it'll be "ready to assist for a worst-case scenario or if SFPD requests help."

Police say there is now a situational awareness following the recent attacks in Europe and shootings here in the U.S.

This weekend, bar and restaurant managers will have the Pulse Nightclub shootings in Orlando on their minds, but say they will not be deterred.


RELATED: Preparations underway in San Francisco ahead of pride celebrations

"It was just a couple of weeks ago that we had the Orlando anniversary occurred and it is just a precursor to Pride. Everyone showed up, everyone came out and there are going to be big numbers," bar manager Lou Wasserman said.

"I saw his face that day, that night," said Pulse Nightclub survivor Luis Roldan. He is one of the survivors of the shooting which occurred last June in Orlando. He was leaving the club when the shooter started firing behind him.

Forty-nine people died. "We were all confused, crying. I'm by myself, I don't know where nobody is. Blood all over our shirts, our hands. Not even my blood, it's other people's," he said.

Rolden, who is 21, is in San Francisco to attend the parade representing the Brady Campaign to Prevent Gun Violence.

How are you celebrating Pride weekend? Share your photos and videos on Twitter, Instagram, or Facebook by tagging them #abc7now and we may show them online or on TV!
Report a correction or typo
Related topics:
societysan franciscosafetygayterror threatgay rightssf prideterrorismsfpdorlando mass shootingpride paradelgbtsecurity
Copyright © 2020 KGO-TV. All Rights Reserved.
RELATED 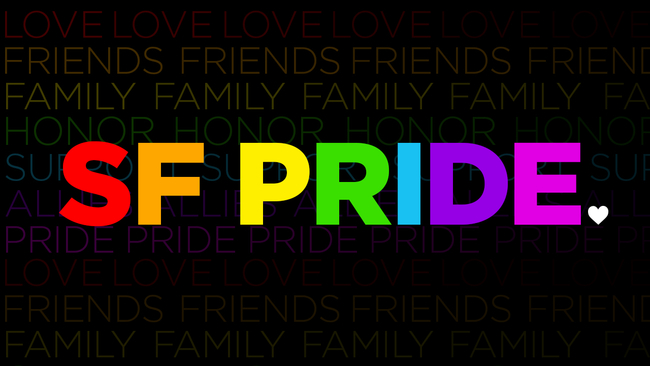